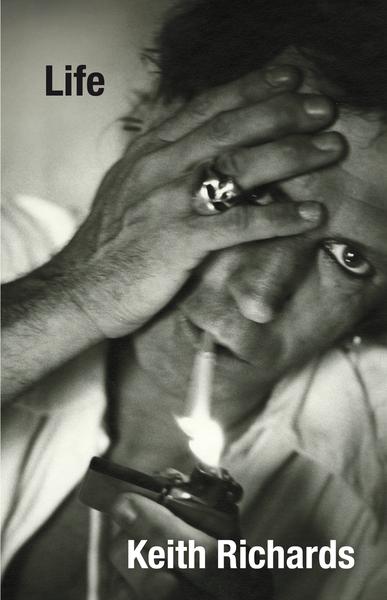 What a book, what a book.  This thing is enough to justify the invention of the printing press.  Forget the drugs, the partying, and his currently fashionable look that makes him appear to have dipped his hair into a fishing tackle box.  The first impression you get when you open this autobiography is that you're having a conversation with a very smart man.


The Stones are famously tax-averse. I broach the subject with Keith [Richards] in Camp X-Ray, as he calls his backstage lair. There is incense in the air and Ronnie Wood drifts in and out--it is, in other words, a perfect venue for such a discussion. "The whole business thing is predicated a lot on the tax laws," says Keith, Marlboro in one hand, vodka and juice in the other. "It's why we rehearse in Canada and not in the U.S. A lot of our astute moves have been basically keeping up with tax laws, where to go, where not to put it. Whether to sit on it or not. We left England because we'd be paying 98 cents on the dollar. We left, and they lost out. No taxes at all. I don't want to screw anybody out of anything, least of all the governments that I work with. We put 30% in holding until we sort it out." No wonder Keith chooses to live not in London, or even New York City, but in Weston, Connecticut.

Tax the rich all you want.  They'll just leave.
You'll never see a robin drop worms into every nest in the forest.
Posted by The Whited Sepulchre at 9:45 AM

Connecticut has the third highest tax burden in the country.

If I take him at his word about taxes and assume he prefers to live relatively close to NYC, is CT really the best tax state for him?

Philadelphia is about a 30 minute longer drive to NYC than Weston, CT.

Stroudsburg, PA in the Pocono Mountains is about the same travel time to NYC as Weston.

I think this explains why the Stones have recorded in Jamaica, spend time in the Caymans, New Zealand, etc. Falling out of coconut trees pose more of a threat than taxes. Also, Mick went to The London School of Economics. He's obviously pretty sharp with money... no MC Hammers in that group!