On Black Swans and Bastiat

I was minding my own business, reading Nassim Nicholas Taleb's brilliant book "The Black Swan", when I came across this next bit of libertarian brilliance. 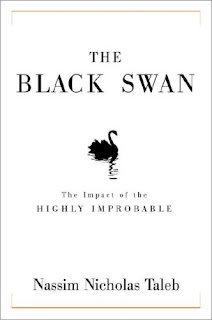 Here's a summary of Taleb's book from a guy named Aaron, from whose site I swiped the picture of the cover:


The premise of the book is simple enough. Basically, his thesis is that we think we know more about the world than we really do, and that there are “Black Swans” out there that exist beyond any models of forecasting we can build. The Black Swan notion comes from the belief people had for centuries - that all swans were white because no one ever saw a black swan, until they discovered it in Australia. Because people tend to imagine the world based on their empirical observations, people tend to have a “confirmation bias” that makes them notice things that fit their worldview, and ignore what they can’t fit in.

Taleb applies this comparison to investing, politics, relationships, etc. Parts of this excerpt seem kind of harsh at first, but please hear him out.  Great book.  This section is based on Bastiat's "Things Seen and Unseen" concept:

What You See and What You Don't See

Katrina, the devastating hurricane that hit New Orleans in 2005, got plenty of politicizing politicians on television.  These legislators, moved by the images of devastation and the pictures of angry victims made homeless, made promises of "rebuilding".  It was so noble on their part to do something humanitarian, to rise above our abject selfishness.

Did they promise to do so with their own money?  No.  It was with public money.  Consider that such funds will be taken away from somewhere else, as in the saying "You take from Peter to give to Paul."  That somewhere else will be less mediatized.  It may be privately funded cancer research, or the next efforts to curb diabetes.  Few seem to pay attention to the victims of cancer lying lonely in a state of untelevised depression.  Not only do these cancer patients not vote (they will be dead by the next ballot), but they do not manifest themselves to our emotional system.  More of them die every day than were killed by Hurricane Katrina; they are the ones who need us the most - not just our financial help, but our attention and kindness.  And they may be the ones from whom the money will be taken - indirectly, perhaps even directly.  Money (public or private) taken away from research might be responsible for killing them - in a crime that may remain silent.

A ramification of the idea concerns our decision making under a cloud of possibilities.  We see the obvious and visible consequences, not the invisible and less obvious ones.  Yet those unseen consequences can be - nay, generally are - more meaningful.

Frederic Bastiat was a nineteenth-century humanist of a strange variety, one of those rare independent thinkers - independent to the point of being unknown in his own country, France, since his ideas ran counter to French political orthodoxy (he joins another of my favorite thinkers, Pierre Bayle, in being unknown at home and in his own language).  But he has a large number of followers in America. 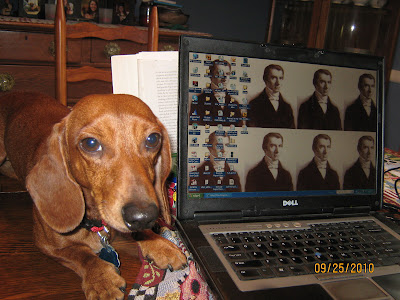 In his essay "What We See and What We Don't See," Bastiat offered the following idea; we can see what governments do, and therefore sing their praises - but we do not see the alternative.  But there is an alternative; it is less obvious and remains unseen.

Recall the confirmation fallacy: governments are great at telling you what they did, but not what they did not do.  In fact, they engage in what could be labeled as phony "philanthropy", the activity of helping people in a visible and sensational way without taking into account the unseen cemetery of invisible consequences.  Bastiat inspired libertarians by attacking the usual arguments that showed the benefits of governments.  But his ideas can be generalized to apply to both the Right and the Left.

Bastiat goes a bit deeper.  If both the positive and the negative consequences of an action fell on its author, our learning would be fast.  But often an action's positive consequences benefit only its author, since they are visible, while the negative consequences, being invisible, apply to others, with a net cost to society.  Consider job-protection measures; you notice those whose jobs are made safe and ascribe social benefits to such protections.  You do not notice the effect on those who cannot find a job as a result, since the measure will reduce job openings. 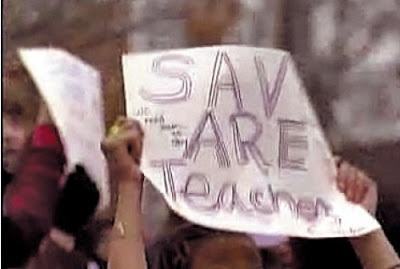 In some cases, as with the cancer patients who may be punished by Katrina, the positive consequences of an action will immediately benefit the politicians and phony humanitarians, while the negative ones take a long time to appear - they may never become noticeable.  One can even blame the press for directing charitable contributions toward those who may need them the least.

Let us apply this reasoning to September 11, 2001.  Around twenty-five hundred people were directly killed by bin Laden's group in the Twin Towers of the World Trade Center.  Their families benefited from the support of all manner of agencies and charities, as they should.  But, according to researchers, during the remaining three months of the year, close to one thousand people died as silent victims of the terrorists.  How?  Those who were afraid of flying and switched to driving ran an increased risk of death.  There was evidence of an increase of casualties on the road during that period; the road is considerably more lethal than the skies. 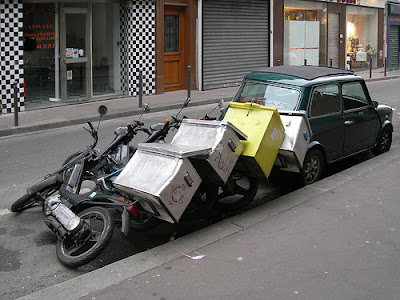 These families got no support - they did not even know that their loved ones were also the victims of bin Laden.

....Have the guts to consider the silent consequences when standing in front of the next snake-oil humanitarian.

Yeah.  Let's do that.
The pic of Unintended Consequences came from here.
Posted by The Whited Sepulchre at 7:42 AM

Email ThisBlogThis!Share to TwitterShare to FacebookShare to Pinterest
Labels: Black Swans, Frederic Bastiat, Keeping Paul happy and to hell with Peter, Law of Unintended Consequences, Too Many Books

1. There is a problem.
2. We must do something!
3. This policy is something.
4. Therefore we must do this policy.

1. It never occurs to a politician that there might not be a problem in the first place. Sometimes a perfectly functioning market, system, or interaction is SUPPOSED to be flawed or must be EXPECTED to be flawed.

But how can something flawed be perfect?

Are all the seams of a hand-made Rolls Royce perfectly even?

Does an oil painting provide a better image than a photograph?

Are the finest pearls perfectly round?

Does a market-clearing equilibrium guarantee that everyone goes home with the good they want at the price they wanted to pay?

2. It never occurs to a politician that doing NOTHING is often better than doing any "somethings."

3. Most of the time, the policy isn't something. It's often nothing. It's also often not what they tell you it's going to be. Often, it's not what THEY think it will be.

4. Seldom is a "something" unique. Even when there are no perfect solutions, there is a social ordering of imperfect responses. This politician's something might not be anywhere close to the best of all possible somethings.

Well said, sir !
When are you coming back to Texas? Dr. Ralph and I will cheerfully plan more recreation for your visit.

I'm not sure when I'll be coming back to Dallas. I know that the conference we had last year is going to be held "off-site" on the East Coast.

I'll have to find an excuse to work with our folks in Dallas for a short tour of duty while they are still engaged in frenetic activity. Next year, their business won't be as lively.

Hope to see you soon. If you or the good Doctor are in the Bay Area, let me know.

If and when I plan a trip to China, I might need some advice. But Mrs. Rowe wants to go to Europe instead.