Barack Obama is a generic, normal human that people want to turn their lives over to.  I'll never, ever understand it.  This is the man who gave the Queen Of England an iPod pre-loaded with his speeches.

Obama doesn't even know what freakin' year it is.

This is how Barack Obama signed the damn guestbook at Westminster Freakin' Abbey. 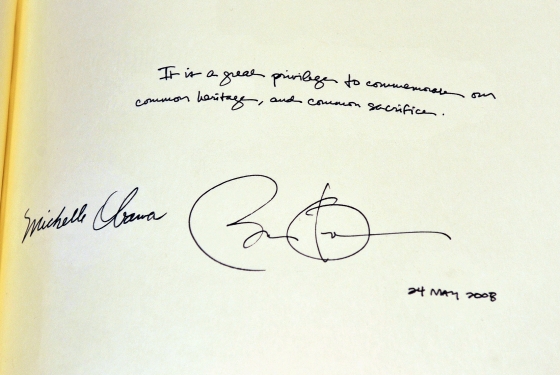 And yes, he's the one who wrote the wrong year.

Get a load of his pompous signature - a humongous BO.

A handwriting psychologist would have a field day with this idiot.

I've noticed that his signature usually looks the same, every single time.
Mine is a bit more reflective of my mood.

He's had to make some adjustments to his signature: