Why we didn't open up a West Coast Warehouse in California

When my employer, Jukt Micronics, decided to open up a West Coast Warehouse, I was thinking somewhere near San Diego or Long Beach California.


The owners wouldn't dream of it.


You see, those places are regulatory hells.  Our west coast warehouse is in....Phoenix, Arizona.  A long, long way from the Pacific ocean.


Here's something from Material Handling and Logistics Magazine on why logistics folks should avoid California.  (Sounds fascinating, I know.  Hey, it's my job !!!)  This editorial also covers why you should be politically involved, no matter what your profession.

The silly season of a new presidential election year is upon us. Both parties will pump millions of dollars into campaign ads telling you why you shouldn’t hire the other guys. Next will come the debates where the candidates take on that task. The mix of half truths and total lies slung about will make reasonable people want to ignore politics altogether and focus on their own jobs.

You can do that IF your West Coast warehouse is in Phoenix.

If your job is in logistics, ignoring politics right now would be a mistake. Amidst the potshots the warring factions are taking at each other, supply chain professionals across the country are likely to suffer some collateral damage from various regional battles over the environment. Two of those battles are taking place on opposite sides of the country.

On the West Coast, the U.S. District Court for the Eastern District of California stopped the California Air Resources Board (CARB) from enforcing the Low Carbon Fuel Standard (LCFS). But last week the Ninth Circuit Court granted CARB’s motion for a stay of the lower court’s injunction while it considers CARB’s appeal of the lower court’s decision.

That means CARB can resume enforcement of the LCFS standard, which CARB believes will reduce greenhouse gas emissions, and thus “drive the investment and innovation that creates new jobs and provides the next generation of clean fuels to all Californians,” CARB stated.

Dammit, dammit, dammit, the point of "new jobs" is for people to be doing something productive, something that others will voluntarily pay money for.  Not bureaucratic make-work.

The International Warehouse Logistics Association (IWLA) believes such enforcement will do the opposite. In a newly released statement, IWLA calls this decision “an attack on the jobs of blue-collar Californians.” It cited the findings of an independent economic study: The Impact of the Low Carbon Fuel Standard and Cap and Trade Programs on California Retail Diesel Prices, conducted by Stonebridge Associates for the California Trucking Association.

The study states that CARB will raise “California-only” diesel fuel wholesale prices by an additional $2.22 per gallon. This translates to a retail diesel price increase of 50 percent: $6.69 per gallon of diesel by 2020.

While this is a cost California companies would bear, there are supply chain implications affecting a broader population of logistics professionals. IWLA surmises that $7 a gallon diesel fuel could shut down the supply chains surrounding the ports of Oakland, Long Beach and Los Angeles and restart a statewide recession. 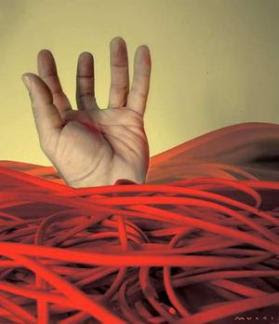 “While CARB designs a ‘one-state’ diesel-fuel emission policy that drives our members out of California, ports outside the state are more than happy and willing to take the business away,” said Joel Anderson, IWLA president and CEO. “In essence, CARB’s message to shippers in the Pacific Rim is to bypass California ports and change course to Seattle and Canada—or plan to use the Panama Canal when it widens in 2014.”

Or have everything unloaded in Phoenix, just to piss 'em off.

And that takes us to the other side of the country, where a recent legal challenge to port expansion may prevent the U.S. Army Corps of Engineers (USACE) from dredging the Savannah River, which, in turn, would preclude the Port of Savannah from being able to accommodate the entry of Post-Panamax containerships that the Panama Canal expansion would allow.

According to Enan Stillman, an attorney with the law firm of Nelson Mullins Riley & Scarborough who specializes in logistics matters, the outcome of this case could spur similar legal challenges in federal and state courts across the East and West Coast port corridors that may delay or prevent federal and state agencies from dredging and deepening river channels.

So you, dear logistics professional, whether you like it or not, are smack dab in the middle of politics. That means decisions politicians and lawmakers hash out in the next few months will have a direct impact on your job. As tempting as the prospect of burying your head in the sand is right now, what these factions are doing above ground could determine if your business gets buried too. Exhume your head and let your representatives know what you think.

Posted by The Whited Sepulchre at 1:07 PM

Jukt is not alone. Check out this story.

Not even Hollywod works in California anymore.

CenTex,
The Economist mag has been running similar stories for a while now. I don't know why the can't see the obvious.

SS,
How long til the rest of the US produces more movies than Hollywood? With current technology, I really can't think of a reason to keep so much of the industry there.