On the Democrat Party mindset

I went to a local Community College Thursday night to hear Hugh Chauvin participate in a candidate forum.  Hugh is running as a Libertarian for Congress in the Texas 6th District.

Hugh did well, of course.  He's a Libertarian.  His Republican opponent, Joe Barton, was busy in D.C.  His Democrat party opponent wasn't able to stay for the entire forum and had to bail halfway through the event. 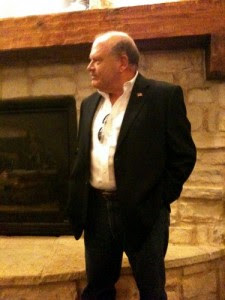 Then came the candidates for District 33.

The Libertarians don't have a candidate running in this new, Gerrymandered district.

The only Republican running is a pleasant enough chap, but he told the audience that the president he most admired was FDR.  (In the opinion of many, FDR got us through the Great Depression.  In the opinion of others, the best way to prolong a recession is to get the government involved in trying to end the recession.  See: Obama, B. or Carter, J. or Roosevelt, FD.)

This was the first time for me to observe Democrat Party candidates in the wild, in their natural academic setting.  Their core beliefs, as stated Thursday night, are centered around the following key principles:

2) If it weren't for the guiding hand of Dear Leader, the Teleprompter Jesus, none of us would survive.

3) The best way to get money into the economy is for government to take it from the wealthy, take a cut off the top for themselves, then give some of the money to favored contributors and constituencies.  (There is a competing, less popular, Libertarian theory that says if the wealthy are allowed to keep more of their own money, they'll leave it in banks to earn something called "interest".  The only way the bank can pay this "interest" is to loan it to people who are working in the economy.  This method allows fewer opportunities for graft and cronyism, and therefore is unacceptable.)

4) The Affordable Care Act will decrease the cost of healthcare, simply because that is the stated goal of the program.

5) The best way to create jobs is through government programs.

8) The solution to our energy woes is through sunshine and algae.

In the late 1970's, I saw the original Alien movie on the big screen.  Ditto for Friday The 13th and Halloween.  None of those films were as scary as this political event.

We don't have a Libertarian candidate in this race.  If I lived there, I'd probably go for Pastor Kyev Tatum (D).  I disagree with the guy on a lot of issues, but he had some good things to say about education. The only Republican seemed out of his depth, plus the last thing we need is Republicans who think that more government involvement is the best way to grow the economy. That's an ender.
Sheesh.

Posted by The Whited Sepulchre at 9:29 AM

Be prepared for much more of this as you go to more college events and forums for candidates that allow Democrats to roam free.

But don't think of it as scary. Think of it as a time to observe and collect data on their strange beliefs and behaviors.

Think of yourself as the new Jane Goodall, but with about 27% more pooh flinging than she encountered with the silver back gorilla. Or maybe as an interstellar alien -collecting data, but without all the uncomfortable rectal probing. Unless that's their thing. Who am I to judge?