A sincere question about the Fort Worth Federal Aviation Administration Headquarters

My largest warehouse is on Meacham Boulevard in Fort Worth, just down the street from Fort Worth's massive Federal Aviation Administration building.

They're supposedly in charge of keeping all the planes in the sky for as long as they're scheduled to be in the sky, with landings equalling takeoffs.  They have the most sophisticated security system on our street.  Gated parking with guards, cameras everywhere, and all the other things required to keep terrorists from shutting down our air traffic.

They do some inspections, write some regulations, and approve some designs.

They are supposedly vital.  To hear some people (see: Fort Worth Star-Telegram) tell it, we would have chaos if we were to privatize this government agency.  (see: Canada)

The FAA has a massive Washington headquarters, plus Central, New England, Great Lakes, Northwest Mountain, Alaskan, Southern, and Western-Pacific branches in addition to the Southwestern branch, the one just down the street from where I am writing this.

I have one question.

If they're so vital and important, why aren't they working on Sunday? 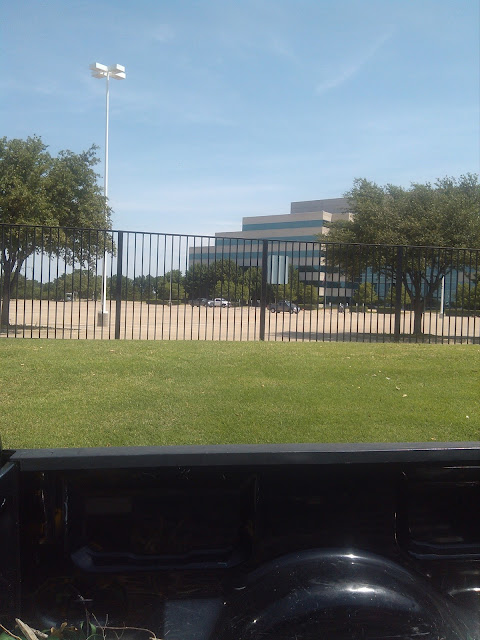 Hope you're all having a good weekend !!
Posted by The Whited Sepulchre at 12:56 PM

Does *all* of what the FAA does take place in those buildings? Doesn't some of it take place at the airports?

I'm told the banking industry Is vital and important, too. Just because the B of A drive throughs are open Saturday morning doesn't mean the big regional office on North Beach has a full parking lot then, too (not that I've seen, anyway).

Doctor,
The banking industry doesn't take money from me by force.
Their activity takes place Monday through Friday. I take that back....

But market forces intervened. Banks are now open on Saturdays.

The parts that are essential are open on Saturdays. You can go in and get a loan on Saturday morning.

Is it remotely possible that the functions of the FAA that take a breather on Saturdays and Sundays could be privatized for a lower cost? Or left to the airlines, airports, and plane manufacturers?

The bank doesn't take money from you by force? Just keep telling yourself that.

There are parts you interact with that are open Saturday, but I'd argue that having a branch lobby open until noon isn't something the industry considers "essential." More like a sop to small depositors. When they refer to a transaction taking so many working days, that means "not including Saturday or Sunday."

The FAA is primarily charged with regulating civil aviation. What parts of that do you consider non-essential? Self-regulation by the airlines would either mean *no* regulation or larger companies regulating to give themselves a competitive advantage over smaller ones (something you pay lip service to occasionally), or some combination of the two.

Given the number of fines imposed against airlines for maintenance violations, I don't see that the airlines take these regulations seriously. Do you really trust them to self-police?