Why tax breaks go to the rich

Here's why the bigest tax cuts go to the wealthy (besides the obvious fact that 43% of us don't pay Federal Income tax at all).  I found it here.

Suppose that every day, ten men go out for beer and the bill for all ten comes to $100. If they paid their bill the way we pay our taxes, it would go something like this:

So, that's what they decided to do. 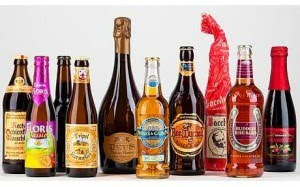 The ten men drank in the bar every day and seemed quite happy with the arrangement, until on day, the owner threw them a curve. "Since you are all such good customers," he said, "I'm going to reduce the cost of your daily beer by $20." Drinks for the ten now cost just $80.

The group still wanted to pay their bill the way we pay our taxes so the first four men were unaffected. They would still drink for free. But what about the other six men - the paying customers? How could they divide the $20 windfall so that everyone would get his 'fair share'?

They realized that $20 divided by six is $3.33. But if they subtracted that from everybody's share, then the fifth man and the sixth man would each end up being paid to drink his beer.

So, the bar owner suggested that it would be fair to reduce each man's bill by roughly the same percent, and he proceeded to work out the amounts each should pay.

Each of the six was better off than before. And the first four continued to drink for free. But once outside the restaurant, the men began to compare their savings.

"Yeah, that's right," exclaimed the fifth man. "I only saved a dollar, too. It's unfair that he got TEN times more than I!"

"That's true!!" shouted the seventh man. "Why should he get $10 back when I got only two? The wealthy get all the breaks!"

"Wait a minute," yelled the first four men in unison. "We didn't get anything at all. The system exploits the poor!"

The nine men surrounded the tenth and beat him up.

The next night the tenth man didn't show up for drinks, so the nine sat down and had beers without him. But when it came time to pay the bill, they discovered something important. They didn't have enough money between all of them for even half of the bill!

And that, boys and girls, is how our tax system works. The people who pay the highest taxes get the most benefit from a tax reduction. Tax them too much, attack them for being wealthy, and they just may not show up anymore. In fact, they might start drinking overseas where the atmosphere is somewhat friendlier.

Drinking overseas, or not drinking at all is also known to fans of Ayn Rand's Atlas Shrugged as "Going Galt".  Also, you can go to Snopes.com for a discussion of who actually wrote this beer parable.
Posted by The Whited Sepulchre at 4:29 AM

Absolutely fantastic description of it! Who can argue with beer logic?

Let me complicate matters because that's what we economists like to do.

The idea of the "fairness" of progressive taxation is that people have a Diminishing Marginal Utility of Income. "Utility" is a fictitious cardinal measure of the satisfaction a person receives from a good or service.

Ok, let's say we buy that argument. The government, for whatever reason, decides to cut taxes, giving everyone a 10% tax cut. We all know that everyone will benefit. The rich man benefits LESS from that cut than the poor man because his marginal utility of those dollars is tiny.

In other words, you cannot logically justify progressive taxation on the basis of Diminishing Marginal Utility of Income AND oppose equal percentage tax cuts on the basis of fairness. The two views are mutually exclusive.

The fact, though, is that interpersonal comparisons of utility are fallacious. We have no way of knowing how individuals benefit from their income. Since income is derived from work, opportunity cost of invested funds, or previous investments of human capital, then the rich EXPECT to be compensated highly for their effort, ability, and investments.

An economics professor at a local college made a statement that he had never failed a single student before, but had once failed an entire class.
That class had insisted that Obama's socialism worked and that no one would be poor and no one would be rich, a great equalizer.
The professor then said, "OK, we will have an experiment in this class on Obama's plan".
All grades would be averaged and everyone would receive the same grade so no one would fail and no one would receive an A.
After the first test, the grades were averaged and everyone got a B. The students who studied hard were upset and the students who studied little were happy.
As the second test rolled around, the students who studied little had studied even less and the ones who studied hard decided they wanted a free ride too so they studied little. The second test average was a D! No one was happy.
When the 3rd test rolled around, the average was an F.
The scores never increased as bickering, blame and name-calling all resulted in hard feelings and no one would study for the benefit of anyone else.
All failed, to their great surprise, and the professor told them that socialism would also ultimately fail because when the reward is great, the effort to succeed is great but when government takes all the reward away, no one will try or want to succeed.
Could not be any simpler than that. The professor is a genius
And if somebody is unable to understand THIS explanation, I have serious doubts about their ability to even function in society, much less run the country!
As the late Adrian Rogers said, "you cannot multiply wealth by dividing it."

Excellent post. I gotta link this post to my Swiss and German readers (our tax systems work the same way). Nick Rowe is absolutely right, there is no way to justify progressive taxation. Proportional taxation already is redistributive and there is no need for even larger redistribution.