The Republican Young Eagles go to an S&M restaurant: The Transcript 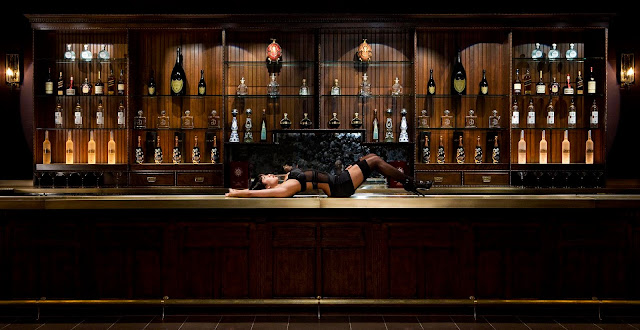 According to sources who were in attendance that night, the "official" part of the evening started with 50+ person dinner at the Beverly Hills Hotel, then carried on throughout the evening, eventually ending up at Voyeur. While RNC employees, who were in town to recruit members to its "RNC Young Eagles" program, did participate throughout the entire evening and did find their way to the bondage-themed club,

And from Hot Air:

So it was related to business, and for all we know might even have netted the RNC some cash. The libertarian angel on my shoulder is telling me to shrug it off and remind people that not everyone in the party is a social (conservative)  — lesbian bondage fans have rights, too! — but that’s not really the issue. The real issue, I dare say, is that if you’re going to risk a media clusterfark and the antagonism of a huge chunk of your base by conducting official business in some sort of S & M theme restaurant, Use. Your. Own. Money.

I've never understood the bondage, domination, sadism, and masochism thing, since I know that if I ever want to get hamstrung, beaten down, humiliated, abused, or mistreated, I can always go to work.  If that's not enough, I can go home.  (Joking, joking, just joking.)

But, dear readers, this is your lucky day.  One of my contacts on the west coast has sent me a recording of the seedy happenings that night at The Voyeur West Hollywood bondage /discipline /lesbian /stripper restaurant.  The sound quality isn't that good, and no video exists, but here's a transcript:

Republican Young Eagle:  Hi, I'm Jason.  Want to come over to my table and meet my....

Mistress Jasmine: DO NOT EVER ADDRESS ME WITHOUT BEING ASKED TO SPEAK ! !  KNEEL BEFORE ME, MAGGOT ! !

Republican Young Eagle:  (giggling) Kneel before you?  But these are my new.... 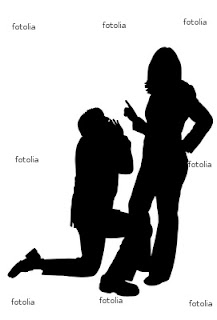 Mistress Jasmine: What you want doesn't matter, you filthy worm.  Tell me what you've done.  Tell me every single bad thing you've done.

Republican Young Eagle: But I haven't done anything, ma'am, I haven't....

Mistress Jasmine: DO NOT EVER CALL ME ANYTHING BUT MISTRESS JASMINE, YOU SUBHUMAN PIECE OF CRAP !  You are to call me Mistress Jasmine, and you will speak when spoken to.  Now.  Tell me about the earmarks.

Republican Young Eagle:  Earmarks?  I don't like that term.  I like to call it giving back to the taxpayers.  You see, if someone in my district pays a lot of taxes, I think he should get it back, plus 120% so....O GOD, DON'T HIT ME AGAIN....Ok, ok, ok, I had my Congressman put earmarks into the stimulus package for a 4 million dollar turtle tunnel, and a 3 million dollar rest stop named after my grandfather, and a research grant to study perpetual motion at our Community College.... 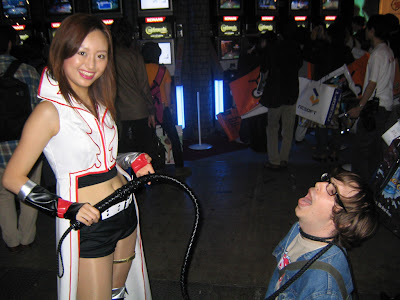 It's difficult to tell what's going on at this point in the recording.  The crowd is cheering like drunk Romans in the Coliseum, and some of the Republican Young Eagles with fraternity backgrounds are yelling "Paddle him !"

Mistress Jasmine:  Now. Tell me about what you did with eminent domain.

Republican Young Eagle:  It was just some crummy little apartments !   They were a blight on the landscape !  My new shopping center is generating twice that much tax revenue for the city !

Mistress Jasmine:  You're a dirty little thief.  Nothing more.  Lick my boots, you RINO.

Republican Young Eagle:  But I'm a Reagan Conservative, I advocate.... 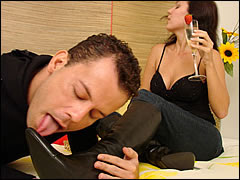 The Republican Young Eagle says nothing else. But after a few minutes of no conversation at all, we can safely assume that Mistress Jasmine's boots are now very, very clean.

Mistress Jasmine:  If I had my way, you would be scrubbing Barney Frank's toilet with your toothbrush for the rest of your life.  Now.  Tell everyone here about the war on drugs.

Republican Young Eagle:  The war on drugs is vital to America's well-being, and keeping illegal drugs away from America's children is.....

Mistress Jasmine:  Are you begging me to take you to the dungeon room?  Look at your eyes.  You came in here higher than a Chinese kite, didn't you?  You get high all the time, don't you, maggot?

Republican Young Eagle:  But I use drugs responsibly.  All those other people would....

Mistress Jasmine:  Had enough, you dirty dog?  HAVE YOU HAD ENOUGH?  Ok.  Tell everyone here about that secret weekend in Atlanta.  Tell them.  Tell everybody.  NOW.

Republican Young Eagle:  O JESUS CHRIST DON'T HIT ME WITH THAT THING AGAIN.  OK, I WENT TO ATLANTA ONE TIME WITH THIS DUDE I MET AT A BAR, AND HE WAS A LOT MORE "EXPERIENCED" THAN ME, AND I WENT TO BED WITH HIM, AND good god almighty, I was just young and stupid.  (Sob)  I was just a kid.  I was still experimenting.  BUT I'LL SAY IT !  I'LL SAY IT NOW, DAMMIT !  I LIKED IT.  I LIKED IT.  AND WE STILL GET TOGETHER IN NEW ORLEANS TWICE A YEAR ! !    THERE !  ARE YOU HAPPY NOW, BITCH ????  I GO TO NEW ORLEANS TO MEET MY BOYFRIEND TWICE A YEAR ! !

Republican Young Eagle:  Ok, ok, you win.  Every chance I get I have lobbyists push for trade barriers that protect my company from ever having any major competitors and it costs American consumers a fortune and then I had them put production quotas in place for the ones that remain because protecting the big money people is what the party is all about just like the democrats and if you only knew how cynical the politicians are about saying one thing and doing another because they're basically no better than crack whores and I even support Carbon Cap And Trade because one of our factories makes Green Energy bullshit and I secretly gave money to Pelosi a few times because I have stock in an insurance company that's about to get 30 million new customers because of her healthcare scam and then another time I.....

This babble continues for about ten more minutes.  According to my west coast contact, Mistress Jasmine eventually outfitted the Republican Young Eagle with something like this: 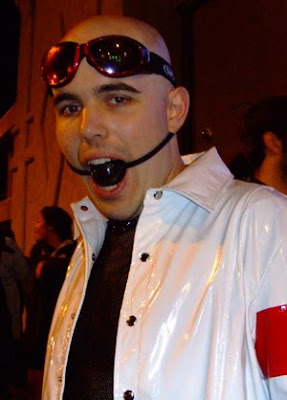 The other Republican Young Eagles left it in place, for their own protection.

Email ThisBlogThis!Share to TwitterShare to FacebookShare to Pinterest
Labels: hypocritical pieties, parody, Republicans, to each his own

"But I've seen things this morning that will haunt me the rest of my life."

Me too. I have just had a full-length mirror installed in the bathroom.

I think that more politicians could use a good round under the lash. You might see some happier people on Capitol Hill and less freedom-stealing laws made. XD

For shame! I'd want the real thing for that cash.