Well, at least we tried - The Tarrant Regional Water District's "River Of Slush" will keep flowing

Well, at least we tried.

My friend Adrian Murray was unsuccessful in his bid to get a seat on the Tarrant Regional Water District board yesterday.

The campaign was marked by dramatically different depictions of the water district. Lane and Leonard said the district is a well-run organization that is aggressively seeking other water sources. Murray and Basham criticized the board for high-ticket purchases such as a helicopter and argued that the current leadership was recklessly spending public money and making its decisions in secret.

And here are a few blurbs on the Tarrant Regional Water District's Trinity River Vision Project from the Fort Worth Weekly, a periodical not overseen by the people who will profit from this boondoggle project.  This piece was written back in 2007, and I understand that the spending is now approaching a billion dollars.
Just for some background, this is what the Trinity looked like before they spent the billion dollars.

Here's what the Trinity looks like now that they've spent the billion dollars.  I think they've torn down two buildings so far.  If someone has a more recent photo of the non-progress, I'll gladly post it.

Notice the subtle differences?  I don't either.  There aren't any.
Heck, we coulda dredged out a new river running from Burleson to Abbott for that amount.
Sorry for the digression.  Here's the Fort Worth Weekly: 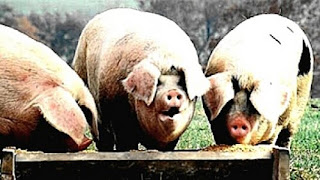 ....Trying to find out why the water district needs to spend so much on lobbying is difficult. Neither Trinity River Vision Authority director J.D. Granger — son of the congresswoman — nor water district board president Victor W. Henderson returned calls seeking comment. Board vice president Hal S. Sparks III said it was not “his place” to comment on such contracts and referred all queries to Tarrant water district general manager Jim Oliver.

....Clyde Picht, who lost to Lane in the water district board race last year, said, “This is a local agency that should basically be concentrating on delivering water cheaply and efficiently to the cities in North Texas. Why would they even need any lobbyists in Washington?”

He has recently announced he will seek a new term on Fort Worth City Council — in part to continue his opposition to the Trinity Vision project. “Their spending habits are getting out of hand,” he said. Picht noted that the water district is already spending more than $100,000 a year on J.D. Granger’s salary (remember, that's Congresswoman Kay Granger's boy - TWS), “and I figured maybe part of his deal might be that he has to call his mother every once in awhile. But I guess they have to hire someone in Washington to keep in contact with her.”

Local politically connected people are also getting big paydays. Political consultant Bryan Eppstein, who has worked on the campaigns of many water district board members as well as those of Fort Worth Mayor Mike Moncrief, is getting a combined $30,000 a month from the water district and Trinity River Vision Authority for a communications/lobbying firm he will head. Included in the duties, according to the contract, are “the development and implementation of legislative and regulatory strategies.” The total worth of the contract, which runs through 2010, is $1.4 million.

....Former Texas House Speaker Gib Lewis, who handles lobbying in Austin for the Tarrant district, is budgeted to receive $60,000 this year. Since October 2001, Lewis has been paid $283,500 by the water district. Neither Eppstein nor Lewis returned the Weekly’s calls for this story. 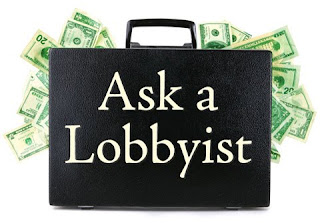 ....The $120,000 yearly contract with Welch Resources has raised even more questions from critics. Welch is run by former U.S. Rep. Mike Parker of Mississippi, who booked more than $1 million in lobbying contracts last year.

....Steve Hollern, a former Tarrant County GOP chairman, called the TRV a “massive transfer of wealth from private citizens to rich developers.” The lobbying, Hollern said, “is just part of the cost to keep this transfer going. But I have to give the devil his due. They plan and execute behind the scenes in ways that would make Machiavelli take notice.”

Pics came from here and here.
Posted by The Whited Sepulchre at 6:05 PM