National Death Service - Now coming to a hospital near you !!!

Britain's National Death Health Service has a target date of treating all patients within 18 weeks.

New NHS performance data reveal that the number of people in England who are being forced to wait more than 18 weeks has risen by 26% in the last year, while the number who had to wait longer than six months has shot up by 43%. 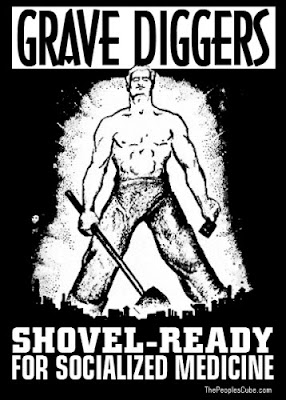 Despite rising demand for healthcare caused by the increasingly elderly population and growing numbers of people with long-term conditions, the NHS treated 16,201 fewer people as inpatients in March 2011 compared to March 2010, the latest Referral To Treatment data disclose.

In other words, their government-run medical system is accomplishing less, and taking much, much longer to do it.

If you feel a cold coming on, better get in line now. 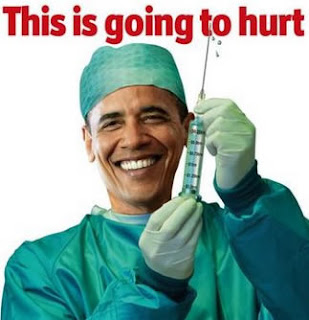 Posted by The Whited Sepulchre at 8:20 AM

I once had a beautiful red sports car, but the paint was fading in some areas and it had some rock dings. Painting the whole car would cost more than the car was worth.

I heard a weather report for a strong hailstorm, so the first thing I did was move the car out from under the carport. The second thing I did was make an appointment with the local body shop.

Well, the hail storm missed my part of the city (and my car), so I cancelled my body shop appointment. And that was with PRIVATE insurance.

When I lived in formerly communist countries, people would get in a line just because there was a line. Often they wouldn't know what they were queuing for. Nobody (except good economists) ever include the costs of waiting in line as part of the health care costs.

Every now and then I succeed in explaining Moral Hazard. Depending on the person/group, the best way is as follows:

Which device would make you be more careful?

Hospitals will have a hard time staying in business, as many as 1 in 6 could close thanks to Obamacare: http://www.youtube.com/watch?v=qaWp0mstLUU

What is Obamacare, explained like you're a five year old: