I'm trying to finish Ron Paul's latest book "Liberty Defined".  The difficulty, for a Libertarian, is that some of his sentences, paragraphs, and chapters are so outstanding that I stop and re-read them over and over just to internalize what the man is trying to tell us.

The book is a collection of 50 short essays on topics ranging from Abortion to Zionism.  The bibliographies alone (which follow each chapter) make the book worth purchasing.

Here's the chapter on "Envy".

Envy is the painful awareness of another's good fortune.  It is usually associated with the desire to bring an end to that good fortune through some means.  Thus is it worse than jealousy, which is wanting what another has.  Envy seeks to take away what another has out of spite and hatred, and is driven by the desire to destroy.  It is an extremely destructive emotion, one that cannot bring personal happiness and is sure to bring social harm.  the exercise of envy only ends in satisfying a kind of lust for bad to come to others.  All the world religions condemn the impulse.  It is one of the seven deadly sins.  It is something we train our children not to feel.  No good can come of it.

I raise it in this context because envy is one of the driving forces of redistributionist politics in the United States, an emotion and motivation endorsed every day on the editorial pages.  It is the secret motivation behind the unrelenting attacks on the rich heard every day inside Washington, a town whose population includes some of the most well-to-do people in the entire country.  The emotion that is behind the attacks on the justly rich, and the emotion that such attacks seek to stir within the population, is envy.

Envy is sometimes called the green-eyed monster.  Many religious traditions have given rise to charms and methods for warding it off.  That's because the envious will stop at nothing in order to achieve their goals of harming those who succeed, even when achieving that goal is itself personally harmful.  Policies driven by envy, such as the progressive income tax and inheritance tax, do not help society.  They gather revenue but arguably less than would be gathered if all taxes were low and friendly to overall production.  But such policies do accomplish the goal of harming people who are rich and successful. 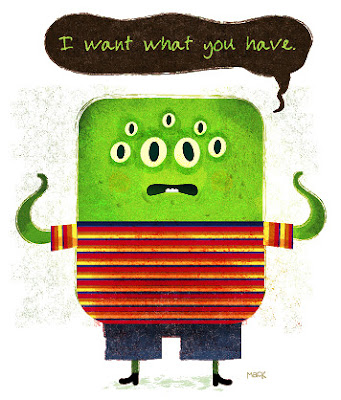 There are dangerous social consequences to the private exercise of envy.  People fear driving a nice car or living in a nice home because these behaviors might elicit reprisal.  So it is in public policy.  Policies rooted in envy discourage the accumulation of wealth, punish success, and cause people to pull back from doing great things.  People who might otherwise pursue wealth think twice, knowing full well that the force of law stands waiting to crush success. 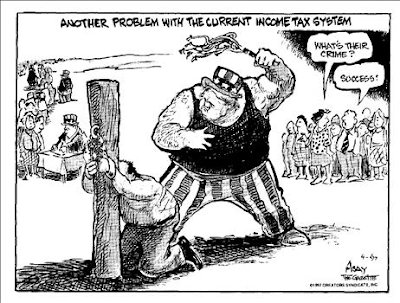 To hate is always injurious to the soul.  To hate because another person or class of people has done well for itself compounds the injury.  But that is precisely what policies that survive solely to punish people for making money, or for living well, are really all about.  It's been going on for a very long time.  It strikes me as a form of institutionalized immorality.  Under ideal conditions, our law should elicit from us the best that we have to offer, always appealing to the highest impulses of our nature.  Policies that harm people solely because they are winners in life appeal to the lowest impulses in our nature.

It is hard enough for people to come to terms with success, especially in a market setting in which superior traits such as foresight and prudence and good judgment really to lead to profitability.  we should learn the virtue of celebrating success or, as the ancient philosophers said, learn to be inspired by the success of others.  We should try to emulate success, not punish it.  This is the American way and a major reason for the wealth and success of Americans. 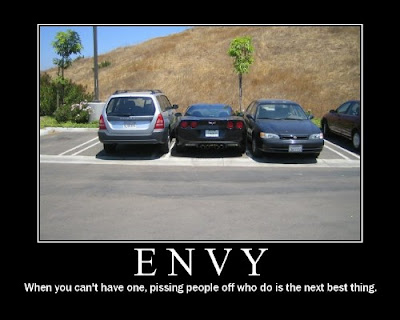 It is the same with international politics.  We don't have to be number one and we sure don't have to regard every country that does well (think China here) as a threat to be kicked and punched.  In a true market economy, gain does not come at anyone's expense.  We can all win together, provided we keep the green-eyed monster at bay.

Almost every essay in Dr. Paul's book is at good as the one above.  I hope you'll buy it.

Update:  Shortly after laboriously pounding this chapter into the internet, I discovered that THIS BASTARD beat me to it.  I hope he's taxed within an inch of his life.  I hope the government spreads his wealth of readers to "the less fortunate".  Especially me.
Posted by The Whited Sepulchre at 4:04 PM