What if the Evil Oil Companies got the same tax breaks as the Wholesome Green Companies?

West Texas is slowly being covered with windmills.
They're built to reduce our dependence on foreign oil, and our own reliance on evil, polluting, non-green, greedy corporations. 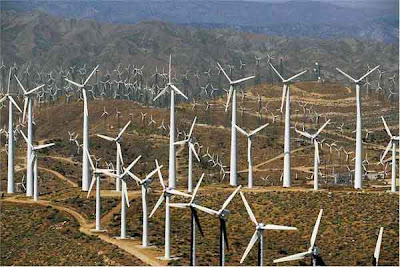 You may have heard that the evil, polluting, non-green, greedy oil companies get a massive subsidy from our government.  This is because our government would give a subsidy to prevent alien invasions from the planet Nekthor in exchange for campaign contributions.

All that aside, what if the oil companies got a subsidy similar to that received by the windmill producers?  (Windmills, ironically, are now called an "industry of the future".)  Here's The Foundry:


“2.2 cents” doesn’t seem like much, but, depending on the time of year, it falls somewhere between 25 percent and 100 percent of the wholesale price of electricity. Forty percent if frequently used as the average.

So, what would an oil-production subsidy look like if it were the same magnitude?

Deepwater drilling rigs can cost over $400,000 per day. With other costs, a rough per-well figure would be $100,000,000 per well. If an oil company could get the same 30 percent investment tax credit as wind producers, the government would write the company a $30,000,000 check for each well completed. For the lower cost, shallow-water wells, the government would write a check closer to $3,000,000 for every well drilled.

If on the other hand, the oil company opted for a production tax credit (and it was set at 40 percent of the 2010 average price of about $75 per barrel) then the government would write the oil company a check for $30 for each barrel produced (onshore as well as offshore).

If a subsidy like that was the deal oil companies had, then cut away. But the $4 billion per year that oil’s detractors keep repeating works out to $0.60 per barrel, and upon closer examination they do not even qualify as oil-industry subsidies.

Heritage’s Nick Loris and Curtis Dubay have sorted it all out. Of course, there are subsidies for the oil and gas industry, but they come from the Department of Energy, not from unfair tax benefits, and they work out to about a nickel per barrel. So, leave it to Washington to misidentify and exaggerate the problem.

Yeah, you can paint a windmill green, but you can't make it as efficient as oil. 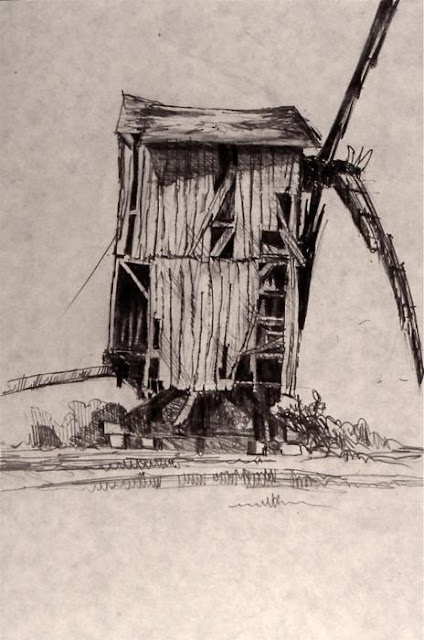 Posted by The Whited Sepulchre at 4:59 PM