Why the tornadoes hit Alabama and not Canada

I knew that the Global Warmists would pile on to the tornadoes and storms that recently hit Alabama and Mississippi, but I wanted to find the perfect example before posting anything about it.

As all right-thinking people know, Jehovah/Yahweh/Zuul/Gaia doesn't like it when we tolerate gays and lesbians.  So He/She/It sent a hurricane to New Orleans to punish the offending parties.

If our crops fail, it's because there are witches in our midst.  After we burn a few of them, the Gods are appeased and prosperity returns.

I'll never forget going to my uncle's house in the early 1970's and hearing a farmer question whether or not our space travel was causing an uptick in hurricanes.

Well, guess why we had tornadoes in the South last week?

Bad legislative karma.  Yep.  Certain regions have legislators that don't bow at the foot of Saint Albert, The Goracle of Music City, Tennessee.  The Gods sent the tornadoes to those exact places as payback.

“Given that global warming is unequivocal,” climate scientist Kevin Trenberth cautioned the American Meteorological Society in January of this year, “the null hypothesis should be that all weather events are affected by global warming rather than the inane statements along the lines of ‘of course we cannot attribute any particular weather event to global warming.’”
The congressional delegations of these states — Alabama, Tennessee, Mississippi, Georgia, Virginia, and Kentucky — overwhelmingly voted to reject the science that polluting the climate is dangerous. They are deliberately ignoring the warnings from scientists.

So there you have it.  If the congressional delegations of 'Bama, Tennessee, Ole Miss, Georgia, Virginny, and Ol' Kentuck had just voted to let Al Gore buy Carbon Credits from himself, if we had just started using CFL bulbs a little sooner, if we had just built a few more idiotic windmills in West Texas, if we had implemented an economy-destroying carbon tax, if we had carpooled, starved a few more brown people by using grain as ethanol, used a push mower, minimized packaging, put on a sweater, bought a bracelet, air dried our clothes, and done other things to conform to some bureaucrat's Luddite fantasy.....

If we had turned our lives over to the government, crucified the evil Koch brothers, voted Democrat, and listened to the warnings from totally disinterested scientists whose research funding and prestige doesn't depend on government funding at all....

Then the earth-goddess Gaia would have been pleased.  Alabama would have been spared.  The tornadoes would have hit Canada, where the natives are well known for violating the Christian Sabbath.  And consuming alcohol.  And wearing clothing made of blended fabrics.  And not wearing Burkhas.

Or it's possible that ThinkProgress needs to learn that correlation is not causation. 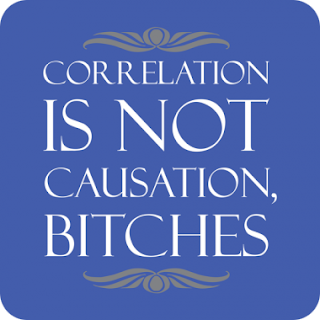 Posted by The Whited Sepulchre at 11:09 AM

They are deliberately ignoring the warnings from scientists.

Clearly, this guy doesn't get it.
Nobody is ignoring warnings from scientists.
Nobody.

Take yourself for example.
You never ignore warnings from scientists.

Certainly not. You ignore warnings from totally DIFFERENT types.

"I knew that the Global Warmists would..."
(..)
"Certain regions have legislators that don't bow at the foot of Saint Albert."
(...)
"...some bureaucrat's Luddite fantasy."

You don't ignore warnings from scientists. Nope. You just ignore "Global Warmists" and "Saint Albert" and the fantasy of "some bureaucrat".
Totally different thing.

...if we had implemented an economy-destroying carbon tax,(...) starved a few more brown people (...) If we had turned our lives over to the government...

Oogity Boogity! Are we all scared yet?

Funny how their names just keep popping up again and again. Do they have any connection at all with the "science" sites that you regularly (exclusively?) use to get your science information?
Just asking.

...and listened to the warnings from totally disinterested scientists whose research funding and prestige doesn't depend on government funding at all....

Yes, "the government" pulls the purse strings and "the scientists" read the writing on the wall and fake the science accordingly.
Sure they do.
It's a gubbinment konspiracy.
Business as usual.

...and listened to the warnings from totally disinterested scientists whose research funding and prestige doesn't depend on government funding at all....

What was NASA, for example, saying about AGW during the Reagan, Bush Sr and Bush Jr years?

Well, have no fear. The tide is finally turning. Already there are over 32,000 of the world's leading scientists and they refuse to be silenced! Any minute now, the conspiracy will collapse.

Or it's possible that ThinkProgress needs to learn that correlation is not causation.

If only those luddite fools got their science from the scientific communities...like NASA for example.