Julia, those were the moments when I carried you.....

I think we should be a compassionate society.
I think we really are our brothers' keepers.
I hope that Broadway Baptist Church, the Libertarian Party, the Little Sisters Of The Blind, or somebody will take me in when I get old, feeble, and worn-out.  (In other words, I'll probably need some help tomorrow.)
I don't think that people should be required (at gunpoint) to help me.
I don't think that Barack Obama and the Republicans should have a monopoly on compassion.
Now, let's get down to bidness.....

Barack Obama has released an unintentionally hilarious slideshow on the White House website.
It's called the "Life Of Julia", and shows a woman's lifelong dependence on The Teleprompter Jesus, from birth to old age.
Julia doesn't rely on family, friends, or the sperm donor for her baby.  She relies on Barry O.
Parodies have sprung up everywhere. 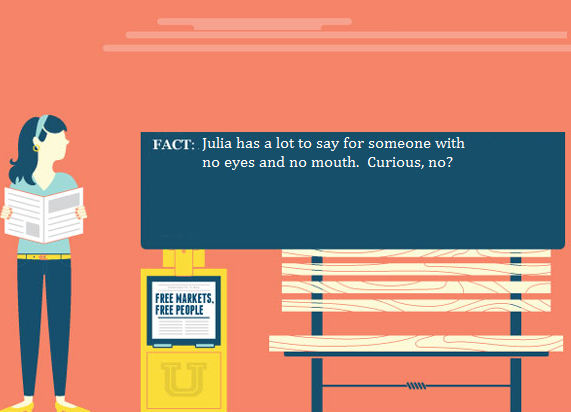 This is the best of the latest.  Here's Peter Suderman, parodying the treacly "Footprints In The Sand" story often found on plaques in Christian bookstores. :
(Suderman's original says "POTUS" for President Of The U.S." instead of Teleprompter Jesus. Sorry. Couldn't help myself.)


One night Julia dreamed she was walking
along the beach with The Teleprompter Jesus.
Many scenes from her life flashed across the sky.
In each scene, she noticed footprints in the sand.
Sometimes there were two sets of footprints.
Other times she only saw one set of footprints. 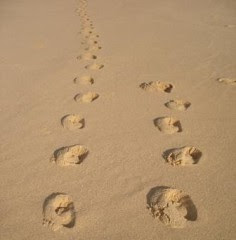 This bothered Julia because she noticed that during the low points of her life,
when she was suffering
from underemployment, student loan debt, and excessively high insurance copays,
she could only see one set of footprints.


So Julia said to The Teleprompter Jesus:
“Your programmers promised me, O Teleprompter Jesus,
that if I followed you,
you would walk with me always.
But I have noticed that during
the most trying periods of my life
there have only been one
set of footprints in the sand.
Why, when I needed you most,
were you not there for me?


The Teleprompter Jesus replied,
“The times when you have only
seen one set of footprints
is when I carried you.” 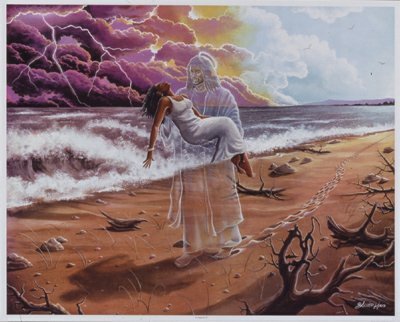 Go, and live a better life, knowing that Barack Obama and the Chicago Gang are there for you, should you stumble....
Posted by The Whited Sepulchre at 11:45 PM