The Life Of Julia - Libertarian Remix

The Obama campaign has rolled out an unintentionally hilarious slideshow called "The Life Of Julia".  It shows the life of a woman through her government benefits.  If you have even the slightest interest in Victimology, you've gotta check it out.  I don't care who you are, or which hoss you support in this race.  This thing is funny.  The parody potential is massive.  For starters, just look at the first slide.  It touts the benefits of HeadStart?!??!!!   Really?  Even if the Department of Health And Human Services says HeadStart probably doesn't make a difference? 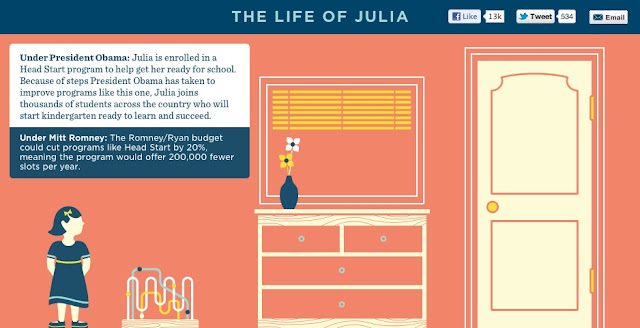 Want to know what else is super creepy about this accursed thing?

Not only can Julia not exist without help from Dear Leader, The Teleprompter Jesus, but she might also have some difficulties if she doesn't align herself with a tribe.  (In case you're new to my blog, I see religious, ethnic, and national tribalism as the #1 curse on humanity.)  Check out this drop-down menu from the Obama campaign at the beginning of the slideshow: 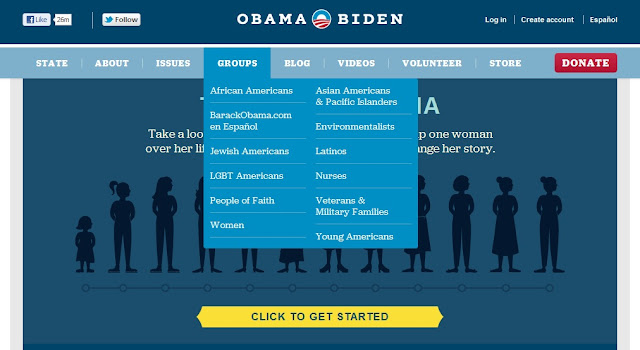 I honestly can't believe that the Democrats had the cajones to put LGBT Americans on their site.  Barack Obama is the highest ranking gay marriage opponent in the United States.  But enough about the obvious....Julia needs the government for almost everything, and she needs to be aligned with a special-interest group, right?  Right.

Parodies of this thing are all over the place.  Iowahawk's is greatness. Go there.

Reason magazine is a much bigger outfit with a much bigger budget for these amusements, so I'm going to borrow most of their pics.  Go here to see the pics in context.   And please go here every day.  It's great stuff. 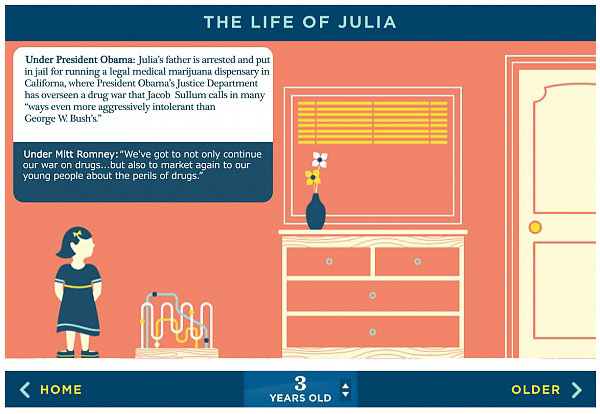 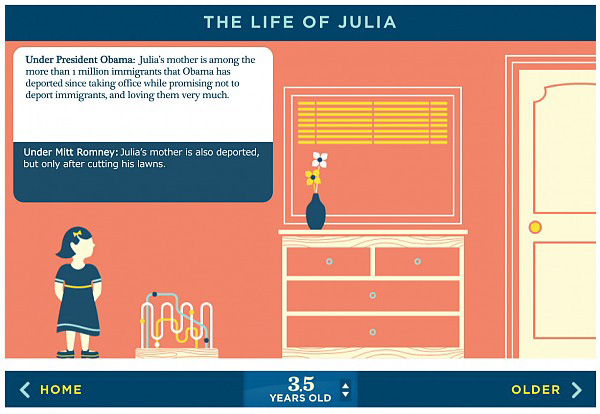 Julia turns 18, and is ready to take on the world !!!  (Be sure to check out Iowahawk's parody.  At this point, Iowahawk has Julia going to get a degree in Feminist Website Design.) 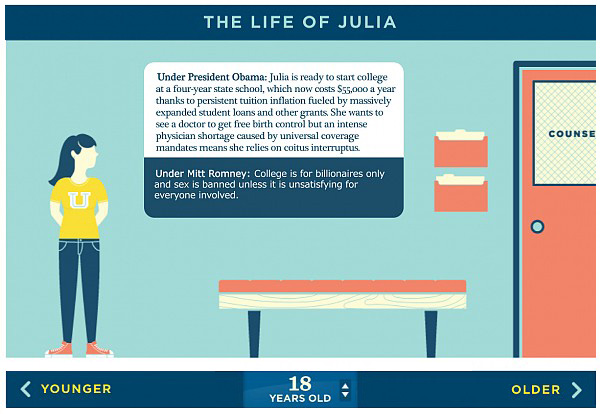 Just seven years later, Julia graduates.  And like most recent graduates, she's a victim of Barackaganda. 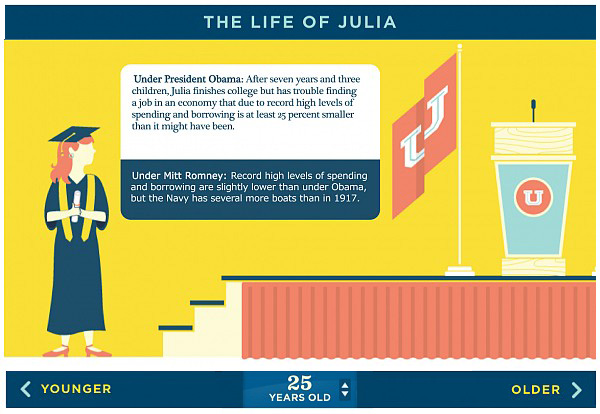 Julia's son goes to school.  There is no mention of Julia's sperm donor on the Obama website, BTW.  Who needs a Daddy when you've got a Big Brother? 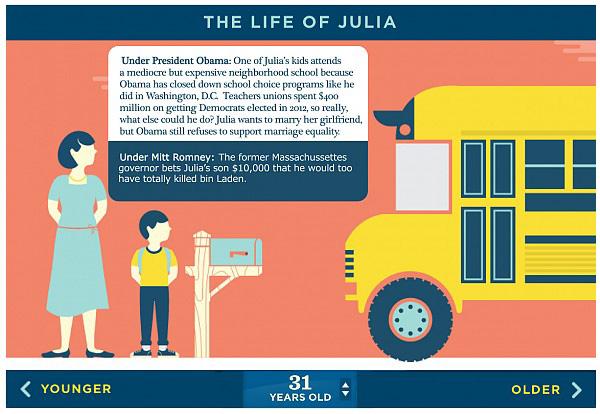 Thanks to the new, Weimer Germany-levels of government debt and inflation, Julia is able to start a business !! Julia is now resigned to working the rest of her life, providing stimulus funds for Washington to send to supporters and campaign contributors.  A life well-spent and well-lived, Julia.  You have the thanks of a grateful nation.  The government was bribing you with your own money the whole time, but you didn't bitch about it.  Great job !! 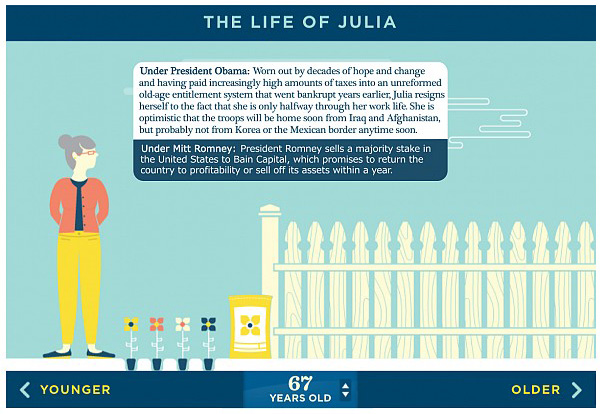 Go here, to Reason Magazine, to see the actual stats backing up the jokes (also known as Obama and Romney policy statements.)

One other thing - Here's a good breakdown of the Obama/Julia Victimization Slideshow from Hot Air.

Posted by The Whited Sepulchre at 10:25 AM

You weren't kidding about Iowahawk!

Shameless exploitation of women. Sadly, they don't seem to mind being exploited when it means being coddled.