Should the corporate welfare recipients at Boeing and Caterpillar be drug-tested??

From the greatness that is Reason Magazine:

Here's the state of Republican economic policy today: A $35 billion federal loan-guarantee program for wind and solar companies is scandalous "crony capitalism" that must be shut down and investigated.


But a $100 billion federal loan guarantee program mostly benefiting Boeing and Caterpillar should be expanded by 40 percent. [...]

On Wednesday, a large majority of Republican congressmen voted to reauthorize [the Export-Import Bank] (whose current charter expires later this month) and increase to $140 billion the legal limit on taxpayer exposure from Ex-Im financing. Currently, taxpayers are exposed to nearly $100 billion in Ex-Im loans and loan guarantees.

By supporting Ex-Im, instead of trying to kill it, Republicans aren't merely calling into question the concept of free enterprise, they are passing up the chance to make President Obama's corporate welfare a central theme of the 2012 election.

You pay for all of this.  Not the government.  You.  Your money.  Why aren't you out in the streets banging pots and pans together????

Hit this link for a long, long list of pieces in Reason that attempt to sound the alarm about the Import/Export Bank.  Man, talk about Socialism..... 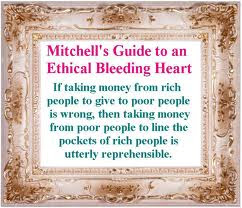 Here's a list of Reason pieces on Corporate Welfare.  Man, talk about Socialism.... 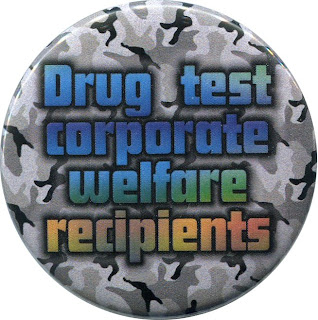 Here's a pic of all the insane crap the Republicans have introduced over the last few years.  (BTW, blocking the American Jobs Act was a benefit to humanity.  Taking money from people by force and giving it to people for unproductive busywork is not a net gain.) 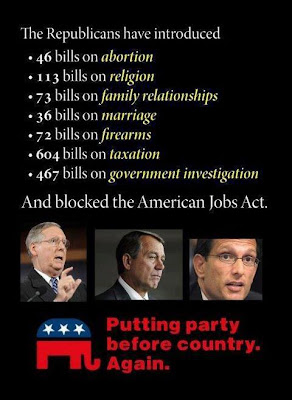 "Small-Government Republican" - the funniest three words in the English language.  Well, maybe with one exception....check out the last question.

Posted by The Whited Sepulchre at 8:33 AM

That is why I stopped voting a decade ago. Neither party really gives a damn about me. Do you want tyranny with an R or with a D? Warfare statism or welfare statism? Regardless, funny how they always seem to come to some compromise.