The New York Times gets a clue

Here's a drawing of a very small fraction of a sliver of a percentage of the people who have "disappeared" in Mexico's fight against the drug cartels.

It's from The New York Holy Times.  Hit the link.  Please read it if you get a chance.

If a Statist organization as fundamentally dense as The New York Times can figure out that we need to end the Drug War, and the cartels' monopolies, and end the violence, and reduce the spending, and release the prisoners, and let people consume what they want to consume....

Can our politicians be too far behind?

Keep up the good fight, freedom-fighters !!!   Everyone else, as long as you support Washington D.C. and Austin Texas Prohibitionists, these people have died for your sins. 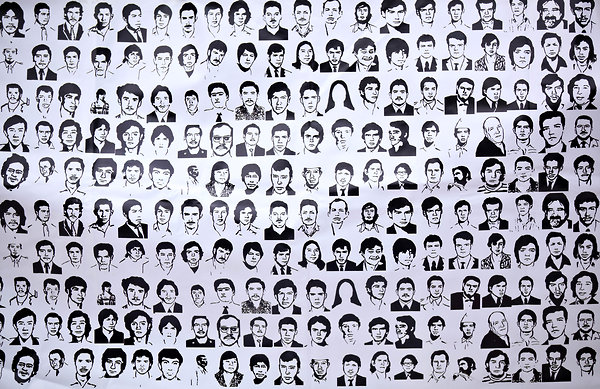 Posted by The Whited Sepulchre at 6:26 PM