Barack Obama and the 900 Foot Jesus

In other words, list all the reasons that you don't believe in Anahita, Anat, Anath, Andhrimnir, Andraste, Andvari, or Angrboda - to name just a few gods from the beginning of the alphabet - and you'll have a good list of why some people don't "believe" in the god of Abraham, Isaac, and Jacob.

In 1977, (Oral) Roberts said he had a vision of a 900-foot-tall Jesus, who told him to found the City of Faith Medical and Research Center. The biography said the center was aimed at "merging the healing power of medicine and prayer."
In 1986, Roberts announced that God would "call him home" unless he raised $8 million to send medical missionaries from the center -- an announcement that was widely publicized.

Are hospitals a good cause?  Yes.

Do medical missionaries generally do good work and save lives?  Yes.

Did you, or anyone else with good sense, donate money to Oral Roberts?  No.

Why not?  Because most of us knew that a lot of the money would not be spent on the hospital.  We suspected that a 900-Foot Jesus didn't really appear to Oral Roberts in a vision, or tell him to send medical missionaries across the globe.  And finally, most of us prefer to give our charitable dollars to other causes. 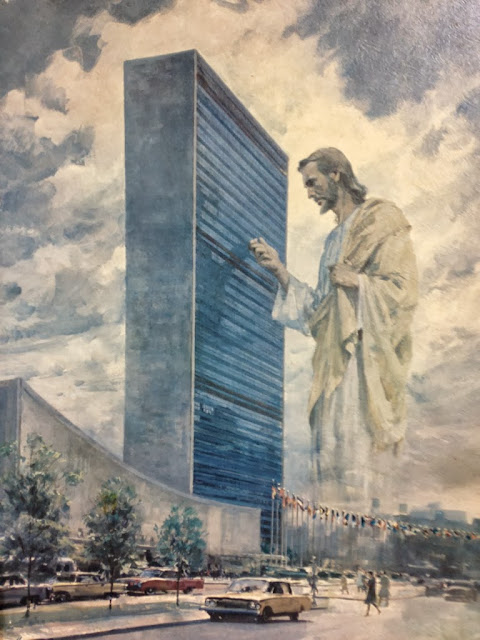 Several years ago, Barack Obama decided to radically change America's healthcare system.  He was going to give free (or at least affordable) healthcare to low-income Americans.  He had a plan.  And people on the political left seemed SHOCKED that this compassionate action was opposed by conservatives and libertarians.

Given a choice, I'd give my dollars to the Oral Roberts City of Faith Medical and Research Center before giving it to Obama and the government (assuming there wasn't a 3rd option of burning the money).  I don't think that the government acts responsibly.  I believe that government spends a massive amount of money on itself.  I think Obama uses tax money to buy votes and keep his faction in power.  Plus, the Oral Roberts City of Faith doesn't operate drones or have an army going all over the place pissing off Arabs.

Give me all the reasons you didn't donate to Oral Roberts, and you'll have the reasons that I oppose ObamaCare.

Give me all the reasons that you wouldn't let Bernie Madoff do your investing in stocks, bonds, and commodities, and I'll give you the reasons that I get downright giggly when some Congressman starts blathering about "investing" in education, infrastructure, or the future.

Carefully list all the reasons that you don't want Mexico or Brazil raising huge armies and navies and going around the world, making the planet safe for democracy.  You'll have the reasons that many libertarians don't want America doing that either.


Socialism, like the ancient ideas from which it springs, confuses the distinction between government and society. As a result of this, every time we object to a thing being done by government, the socialists conclude that we object to its being done at all.