A few days ago, Marvel Variants and I were talking about The Maginot Line, France's failed attempt at keeping the Germans at bay prior to WWI. The Maginot Line was a lot more than a fortified wall. Here's the group-effort Wikipedia description:


Although the name "Maginot Line" suggests a rather thin linear fortification, the Line was quite deep, varying in depth from between 20 to 25 kilometers. It was composed of an intricate system of strong points, fortifications, and military facilities such as border guard posts, communications centers, infantry shelters, barricades, artillery, machine gun, and anti-tank gun emplacements, supply depots, infrastructure facilities, observation posts, etc.


It was quite an undertaking for its time. I've always imagined someone like The French Knight from Monty Python And The Holy Grail, peeking over the walls and hurling insults at the German army. 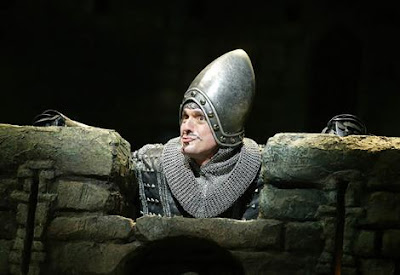 According to The Coyote Blog, "the 350 mile long Maginot line cost France about $150 million in the 1930s, or about $2.3 billion in today's dollars. This puts the cost of the Maginot line, underground tunnels, bunkers, gun emplacements, and all, at $6.5 million current dollars per mile...." 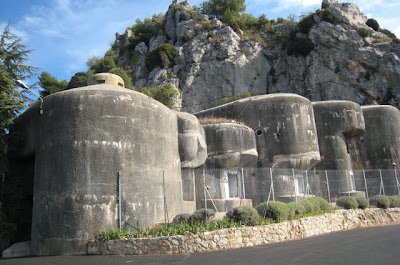 It was quite an accomplishment. Parts of it were linked via a system of underground railways. 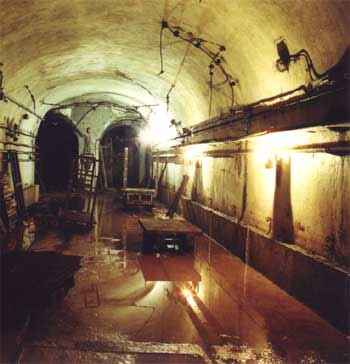 But when the German army decided to invade France, they just went around it. If I remember correctly, they actually drove through it in a few places. The big guns couldn't do a 360-degree rotation and were useless once an enemy had passed through the line.
But I digress. According to Mr. Coyote, $6.5 million per mile was nothing. Chicken feed. Pocket change.
The latest section of Border Wall going up between San Diego and Mexico? $57 million for 3 1/2 miles of wall. That's $16.3 million per mile, or two and a half times the cost per foot of the greatest defensive structure of its time. 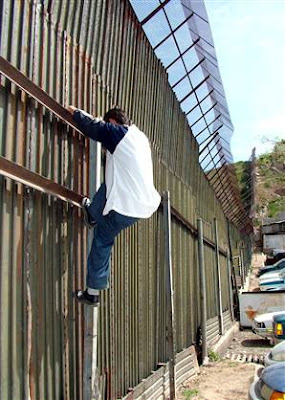 There are people in the U.S., smart people, people who can feed themselves, who actually believe these projects are about keeping illegals out of the country.
Wrong.
These projects are about contractors, donors, pork barrels, make-work, bureaucracy, and unfortunately, making a visible but useless effort to fight an unfortunate group of scapegoats who are merely trying to find a better life.
Later on in his post, Mr. Coyote has another epiphany about the U.S./Mexico border fence and France's doomed Maginot Line:

"....one end of this San Diego wall hangs in the air, meaning it just ends hundreds of miles before the border does, allowing it to be easily flanked."

Well, yeah. They're not going to kill the goose that can lay $16,000,000.00 golden eggs. There are more elections coming up, with new rounds of donors and lobbyists to be rewarded. Getting this thing across the entire border could take up another dozen election cycles. At that point, public sentiment toward illegals will have probably changed. (Heck, somebody has to pay into the Social Security system....) Who knows how much we'll then be paying per mile to have the wall torn down.

You'll have to go to The Coyote Blog to see the comparisons he makes with government run healthcare.
Posted by The Whited Sepulchre at 5:30 AM

This is one that really tests the old adage to never attribute to malice what can be explained by stupidity, since there are large quantities of both at work here.

What gets me is that the stated purpose of our fence is malicious.