Irony is now dead.
Hold a mirror up to its mouth, and you'll see no fog.
Irony has achieved room temperature.
You can bury it now. Don't even bother to take the morgue tag off its toe. 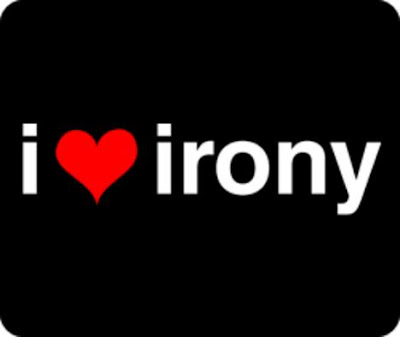 In the past, liberal western democracies have understood that no nation has ever "protected" its way to prosperity. The only way for anyone or anything to prosper is through trade. Trade with other people, families, neighborhoods, counties, cities, states, and especially, nations. That's the only way for consumers in one area to take advantage of the comparative advantage held in another area.


Well, it ain't looking good for Free Trade these days, mostly because those who can only survive and prosper inside a Protectionist Greenhouse are bribing others to put up more trade barriers.


But wait ! ! ! Four unlikely heroes, men of good sense, logic, and an understanding of history have risen to save the day ! ! They understand math, psychology, and economics ! ! According to some accounts, they can read books ! ! Some say they can read books without moving their lips ! !


Russia, China, Egypt, and India. Four of the most bass-ackwards places on earth. They get it.


The date and time for Irony's funeral service has not yet been announced. But the family asks that you not bring any flowers or food that you didn't produce yourself. You might as well get used to it now.


Irony pic from here.
Posted by The Whited Sepulchre at 9:15 AM

"the family asks that you not bring any flowers or food that you didn't produce yourself. You might as well get used to it now."

At least I will survive and prosper in the new reality as producing food and flowers is something I excell at. I will be offering beginning gardening classes starting in March with canning and freezing following in June. Class fees to be announced soon. Fresh produce and flowers available seasonally. Capitalism and Irony will be reborn but it will be a long and painful process and only the strong will survive. Will we be smart enough this time to not let it be corrupted by the banks?