A humane proposal for the benefit of Charles Ballard

Charles Ballard, a Rust Belt economist, believes that government spending can create jobs.
Of course government spending creates jobs. For government. And the friends of government who have contributed less to government than they hope to receive from government.
But at what cost to the big picture? And how many years until these jobs are created? There aren't that many of them that will begin this year - not in the rough drafts of the bill, anyway.
However, there is one worthy job that I would join hands with other taxpayers in creating.
To hell with whether or not it would stimulate the economy. Someone in a new government postition created specifically for this purpose needs to buy Charles Ballard a new suit. 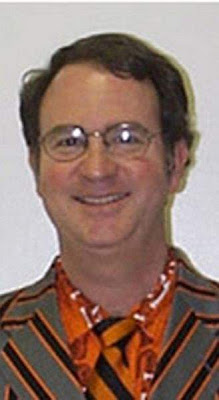 Posted by The Whited Sepulchre at 6:36 AM

"Charles Ballard is a professor of economics at Michigan State University in East Lansing."

This is the root of his wardrobe problem:

Oh snap. Three strikes and you are out. Sorry Charlie.

Would you take economics advice from someone who can't dress themselves?

That gives a new meaning to the phrase "my cup runneth over".