Signs For The Tea Parties

These are all from the geniuses who run the Simon Jester site. You can hit the link and get downloadable PDF's of each of these.

Perfect for the next round of tea party protests.

Here's one for those who want to practice agriculture (ahem) more freely: 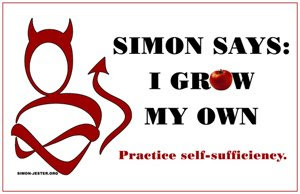 And for those who think the "Serve America Act" will be a pointless boondoggle: 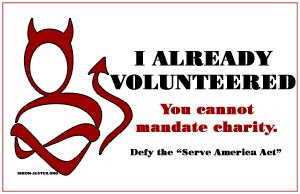 This is directed to everyone except the roomfull of people who voted for Bob Barr: 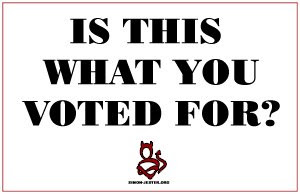 This one is my favorite. It's ecological. In fact, why aren't we having a Tea Party outside the Fort Worth money-printing plant ? 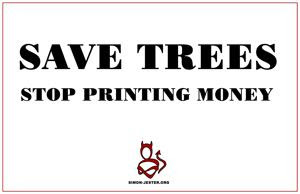 A reference to the first Tea Party protest: 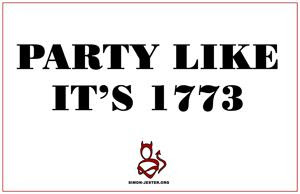 Yep. Leave everyone alone, and we'll be fine. Get more busybody idjits involved, and we'll have another Great Depression. Pick a side. 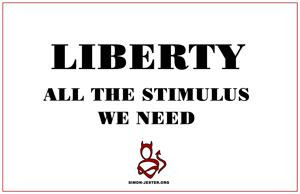 This one doesn't really say much. It's too obvious. 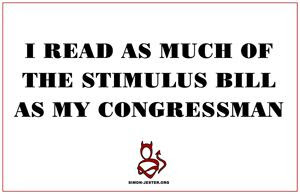 Here's a Thomas Jefferson reference. Google Jefferson and The Tree Of Liberty. (For the record, Jefferson didn't advocate "watering the tree of liberty" in that particular way after he witnessed first-hand the excesses of the French Revolution. He was just blogging.) 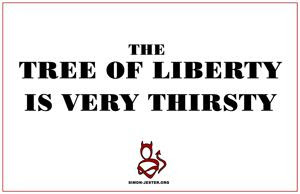 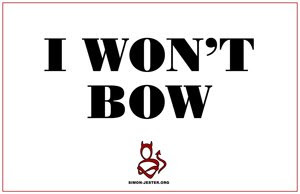 Hope to see all of you at the next Cowtown Tea Party !
Posted by The Whited Sepulchre at 6:09 PM

I'll be the guy with the "Don't Subsidize Stupidity" sign.

No. That is not even remotely what that means. As the rest of the sign says, we promote self-sufficiency, specifically in the form of victory gardens. Not in the growing of an illegal drug that does nothing but make people stupider.

So, thanks for the link/praise, but please understand that is not even remotely the intention of that graphic.

Wyoh...sorry you are just wrong. Cannabis has beneficial effects at helping with pain for things like cronic cancer & the like. The only thing stupid is that its illegal.

NB: I am not a stoner, but a recent cancer survivor.

The fact remains that is absolutely NOT our message.

Libertarianhawk,
Glad to have you hear. Good site.

Wyoh,
I'm aligned with the libertarians. We not only advocate self-sufficiency, we advocate self-ownership.
And if someone wants to do something that makes them dumber than dirt, he should be allowed to do so. Criminalizing a plant for the sake of The Prison Industry and Latin American Drug Cartels doesn't seem to fit in with the rest of the general theme of your site (which is pure greatness, BTW).

The self-sufficiency angle is, IMHO, over-rated. The only truly self-sufficient people on our planet live in mud huts in sub-saharan Africa. For humanity to prosper, we need Free Trade and plenty of it. When each individual is doing what he/she does best, and trades that skill for the goods and services of others, then and only then do we evolve past the mud hut stage.

One other thing....you haven't blogrolled me yet. Ya buncha stoners ! ! !