On Price Controls At The Olympics

To charge fair market value for something like the Olympics would be unfair.
Therefore, price controls were put in place. 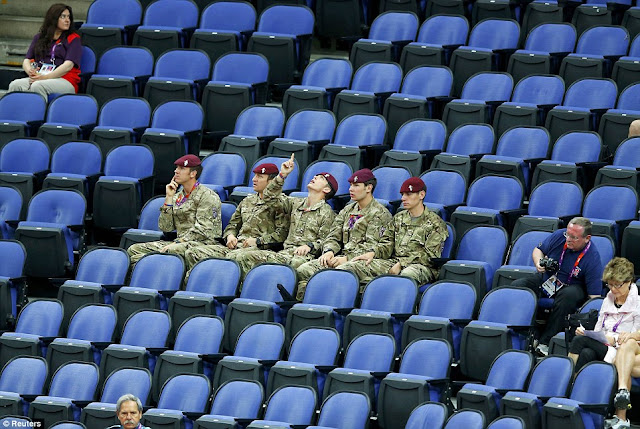 
The British Olympic organizers restricted ticket purchases, rewarded corporate purchases but not corporate use, imposed price controls on tickets available to the public and state violence against the resulting scalpers (touts) — and are distraught and surprised over the empty seats that characterize so many of the Olympic events so far. To reduce the embarrassment and sense of scandal, organizers have carted in British troops–dressed in their camo!–to fill seats at gymnastics events, while other easily manipulated, low-time-cost groups on the government’s payroll are also being bussed in to other sparsely-attended venues.

Meanwhile, many thousands willing to pay market prices to attend Olympic events are told to bugger off.

And they always act "surprised", don't they?

Glenn Reynolds of Instapundit has been having fun for the last 5 years or so, working the word "unexpectedly" into the reports of markets and prices reacting to incentives in ways that surprise the Statists but not many other people.  Go here for a sampling....
Posted by The Whited Sepulchre at 6:19 PM