"Day Of The Dank"

DFW NORML (National Organization for the Reform of Marijuana Laws) threw a party last night.  It was called "Day Of The Dank".  Sort of a post-Halloween fundraiser.  I showed up with a bunch of Gary Johnson For President propaganda, and couldn't give it away.

Because almost everyone there had already voted for Gary Johnson !!  They had persuaded their neighbors and co-workers and even their preachers to vote for Gary Johnson.  I felt almost NORMAL.  (Pun intended.)

Bear with me for a few minutes while I get some fun pics out of the way.  I'll eventually get to my usual political point.... 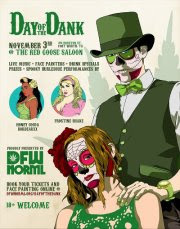 According to The Urban Dictionary, "Dank" is now "an expression frequently used by stoners and hippies for something of high quality".  This party was dank.  Dankness permeated the environment.  Lord have mercy, it was a good time.

Five or six bands played.  They had on-site facepainting. 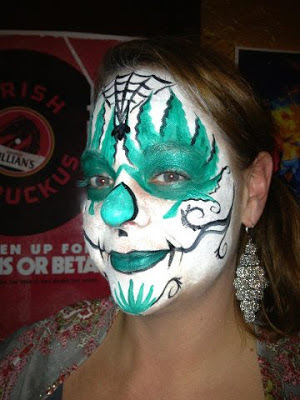 I kept seeing people that I thought I knew, but it was hard to tell.

Brief digression:  We had a Texas Tragedy at the state fair a couple of weeks ago.  An old statue named "Big Tex" caught on fire and burned all the way to the boots before anyone could do anything about it. 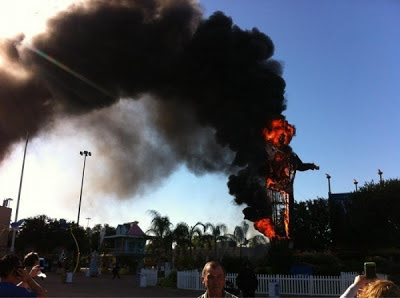 I've now made it to four Halloween parties dressed as "Big Tex".  It's a cheap, low hassle, low maintenance costume, and it got plenty of laughs.  Here's my great friend (and Governor Gary Johnson's Texas Campaign Coordinator) Elizabeth Miller.  She and her friend Roman got their faces painted later, but she looks better as a live person who doesn't have her lips stitched together. 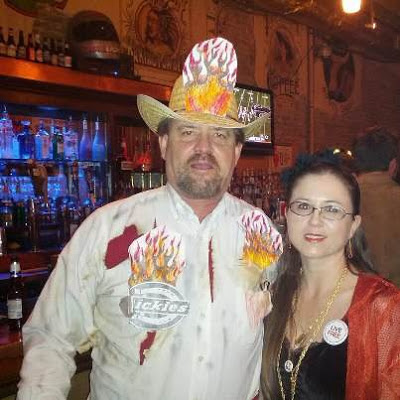 DFW/NORML's deputy director Will Jenkins and I couldn't be photographed together.  Too much danger of ignition. 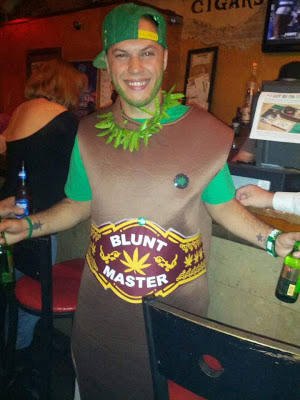 This is Shaun McAlister and his lovely friend Andrea Brown.  Shaun and NORML have been working very hard for the Gary Johnson campaign for the last few months.  The LP couldn't ask for a better group of supporters than these folks. 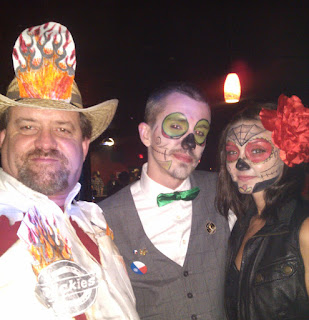 Throughout the Red Goose Saloon,  Shaun had put up quotes from various public figures about the need to legalize marijuana.  It was a broad spectrum.  Please excuse the quality of my cellphone pics below.  Like I said, the place was kinda.....dank.

Here's the inevitable one from LP presidential candidate Gary Johnson. 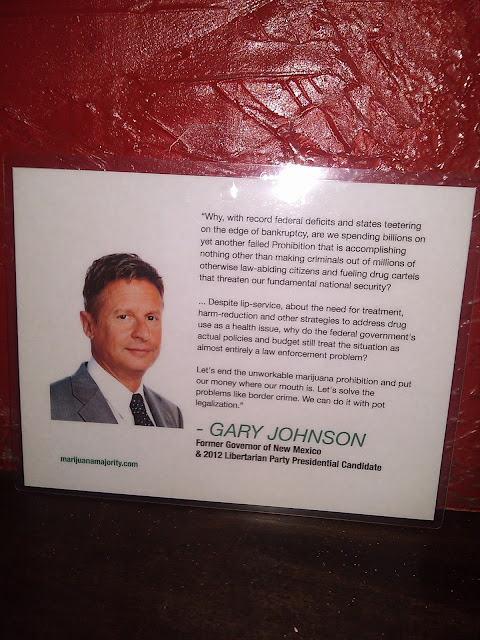 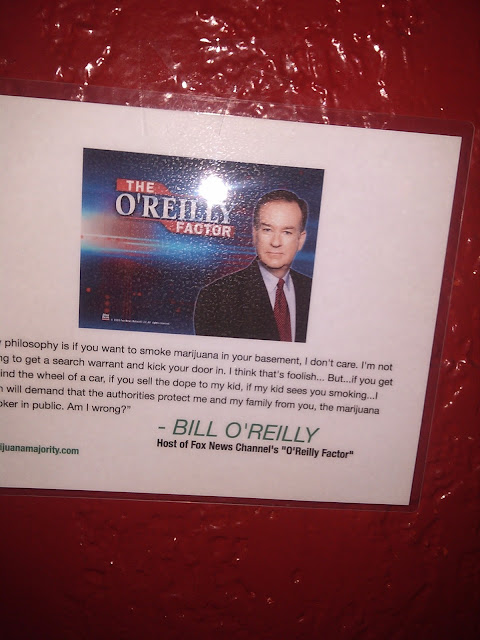 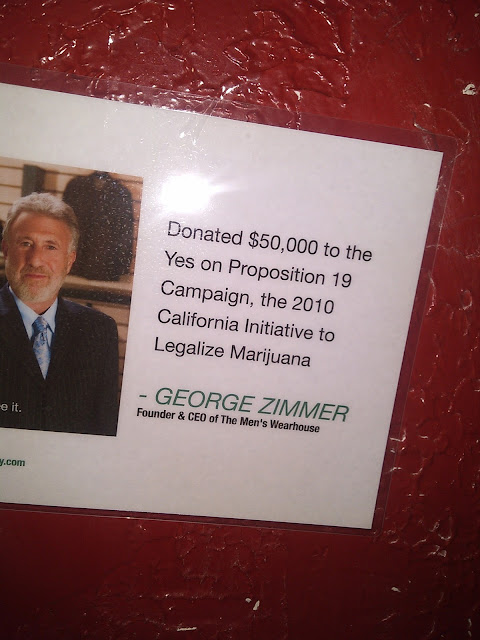 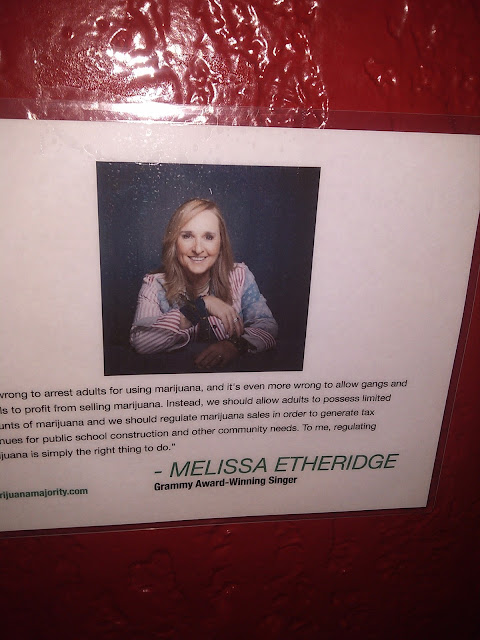 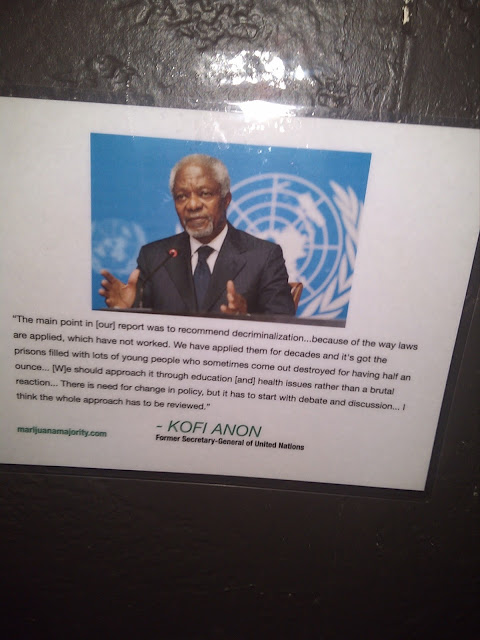 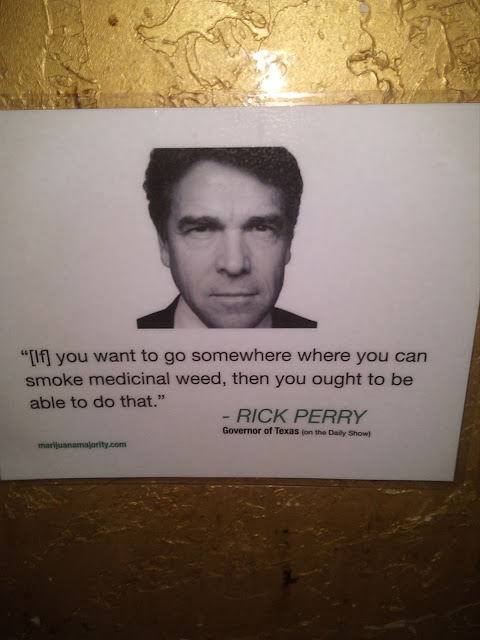 The "Day Of The Dank" party at Fort Worth's Red Goose Saloon was a great time with great people.  90% of them were marijuana consumers.  Most of the time, if you put 400-plus people into a relatively small bar or nightclub, you'll see some fights.  Not last night.  Everyone was peaceful.  Having a great time.  Mellow.  Dank.  It makes you wonder what our government (and its supporters in the booze industry) is so afraid of.

The quotes on the wall from Bill O'Reilly and Kofi Anon were there to let everyone know what DFW/NORML and the Libertarian Party are about. Leave people alone to live their own lives.  What they do, as long as it doesn't harm others, is none of John Boehner's or Harry Reid's or Nancy Pelosi's business.

If Rick freakin' Perry can figure that out, why can't these two guys? 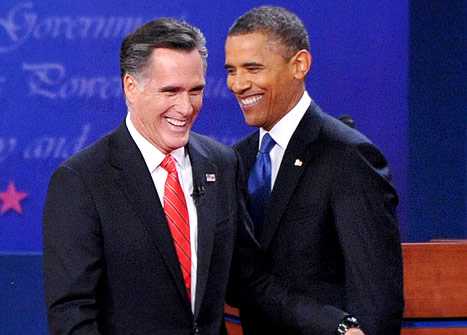 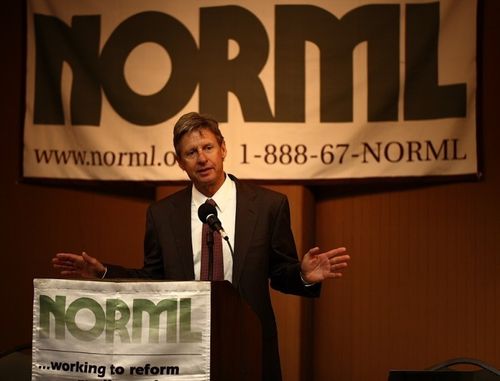 Posted by The Whited Sepulchre at 12:55 PM