From The Jihadist Safety Consultant, On Accidental Beheadings

To: All members of Al-Qaeda, Hezbollah, Hamas, The Taliban, and Al-Shabaab

It has been four years since my last email.

Please reset your "This Shop Has Worked ____ Days Without A Lost Time Accident" calendars back to zero.

No one in your organizations will receive a Ramadan safety bonus, all because two of your members didn't follow the rules.

We were doing so well, and now this disaster.  You should all cover yourselves in shame, be treated as women, and be forced to live out the rest of your days eating what the heretics and unbelievers call Jimmy Dean's Pork Sausage and Baken-Ets Pork Rinds.

Here is what the infidel media reported about our recent "accident":


Militant Islamist rebels in Syria linked to al-Qaeda have asked for "understanding and forgiveness" for cutting off and putting on display the wrong man's head.

In a public appearance filmed and posted online, members of Islamic State of Iraq and al-Sham, one brandishing a knife, held up a bearded head before a crowd in Aleppo. They triumphantly described the execution of what they said was a member of an Iraqi Shia militia fighting for President Bashar al-Assad.
But the head was recognized from the video as originally belonging to a member of Ahrar al-Sham, a Sunni Islamist rebel group that often fights alongside ISIS though it does not share its al-Qaeda ideology.

Do any of you flea-infested lovers of syphilitic camels have any idea what this is going to do to our Worker's Compensation rates?

Do you know how many years (not days, weeks, or months, but years!) I'll spend filling out paperwork on this incident?   When one of our own employees "accidentally" cuts off the wrong head, it becomes a bureaucratic nightmare, making ObamaCare look as simple as a Facebook status update.  A plague of OSHA inspectors, lawyers, and other vermin will descend upon us like a sandstorm.

I swear by The Prophet Muhammad's child bride, I promise, I declare, I vow upon The Holy Koran that I will bring you miserable bastards into compliance with all safety regulations, and I will do it quickly.  There will be no more accidental decapitations of our own jihadists.  Everyone involved in this incident will have it noted in their permanent employee files, and those files will follow them into the afterlife.

This means YOU, supervisors.

Before cutting off another infidel head, you WILL get proper identification, you WILL get fingerprints, and after starving the suspected heretic for three days you WILL tempt him with a ham sandwich and a bottle of Crown Royal, as noted in our policy manual.  Anyone showboating or taking shortcuts to impress a crowd will face disciplinary action.

Here is more information on the incident from the Infidel media:


After inquiries, an ISIS spokesman admitted he (the man who was beheaded) was Mohammed Fares, an Ahrar commander reported missing some days ago. This could not be independently confirmed, but in an earlier video of a speech by Mr Fares, he bears a close resemblance to the severed head in the later video.


The Syrian Observatory of Human Rights, which monitors deaths in the Syrian conflict, and several activists on social media said that ISIS fighters misunderstood comments Mr Fares made referring to the Imams Ali and Hussein, the founding fathers of Shiism. 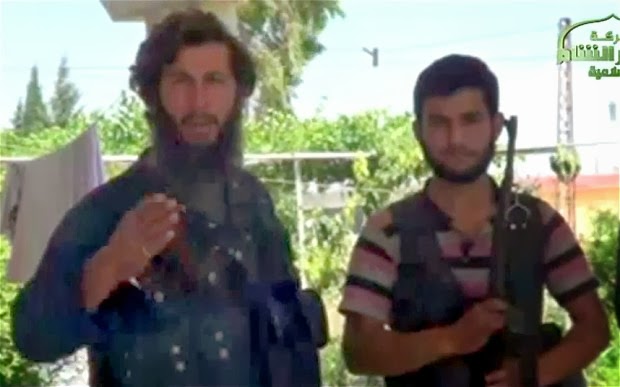 That's Mohammed Fares on the left.  People, I'm not saying this is all your fault.  If Mohammed had consistently worn his I.D. badge, he might be alive and well and firing missiles at Jews this very day.  Let this be a lesson to you all.....

This isn't just a policy problem, it is a Human Resources problem.  Are we still getting our jihadists through the temp service?  Is a simple disagreement about statements made by two Shiite Sand Preachers enough to justify cutting off the head of Mohammed Fares?

All of Mohammed's wives are pissed, and I can't blame them.  Ditto for his 18 children.  Everyone is now lawyered-up, and this case won't be closed in my lifetime.  You and your own children will live diminished lives because two of our own people got carried away and cut off the wrong damn head. 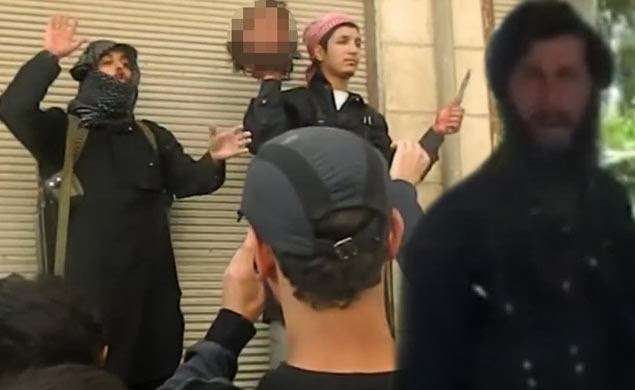 Here's more from The Infidel Media:


The militant group tried to explain their error by referring to a story in which the prophet Mohammed said Allah would forgive a man who killed a believer by mistake.

Maybe Allah will forgive these two.  And that's the difference between Allah and me.

Imagine you are poor Mohammed Fares, approaching the gates of paradise, expecting to receive a martyr's reward of 72 virgins....  Is Mohammed really a martyr if he died at the hands of employees who couldn't follow procedures?  Was he sacrificed for the cause of Islam?

It would take 72 Imams working overtime to determine if Mohammed Fares deserves 72 virgins.  In my opinion, it isn't martyrdom if you don't take an infidel into the afterlife with you.  It definitely isn't martyrdom if you were sent to meet Allah by two employees who couldn't be bothered to follow established safety procedures.

Folks, we've got to get better.

How will we ever successfully kill ourselves if we keep having these preventable accidents?