This is fascinating.
Have you noticed something strange, but don't know why it's happening?
Blame The Earth Goddess !!! We have offended her, and must atone !!
Here's the almost complete, reasonably canonical list of Things Caused By Global Warming.
I defy you to read the links without laughing.  No need to hit 'em all, but try a few anyway.

Be careful out there !!!
Posted by The Whited Sepulchre at 4:31 PM 4 comments:

I made a solemn vow that I was going to ignore the Democrat convention as much as possible.
I lied.
They aren't any more dangerous than the Republicans, but for the most part, the Republicans can display a little bit more "message discipline" and shut the hell up when necessary.

Here's Libertarian demigod Peter Schiff, interviewing Democrat delegates.  I don't believe any special effects were used.  Remember, these are the brightest and best of the Democrat party.

I want to get the names and addresses of every one of these folks, and mail them a copy of Schiff's classic "How An Economy Grows And Why It Crashes".  (It's mostly cartoons, BTW.)  I doubt it would help, but I'd feel better.

I dare you to watch this without crying.


Posted by The Whited Sepulchre at 9:09 AM No comments:

The Government Is The Only Thing We All Belong To

Still kinda busy at work.  Can't blog much.
And it's just sooo easy to post inspirational Democrat videos without commentary.

We don't belong to the government.  It belongs to us.
Confusion on that issue is at the root of most of our problems.


Lordy have mercy on us all.  The Democrats would be the most tone-deaf party in history if it weren't for the Republicans.
And here's a fun bumpersticker that summarizes last night's festivites....

Gary Johnson and John Jay Myers, our Libertarian candidates for president and U.S. senate will end as much of this mess as anyone possibly can. 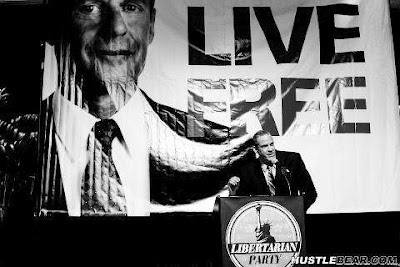 Posted by The Whited Sepulchre at 8:36 AM 3 comments:

Email ThisBlogThis!Share to TwitterShare to FacebookShare to Pinterest
Labels: 2012 elections, Big Brother Is Watching You, Democrats, gary johnson, John Jay Myers, parasites who think they're a host, The Government In A Cavalry Uniform

Posted by The Whited Sepulchre at 6:16 AM 2 comments:

What Obama Could Do

Long-time readers of these pages and my Facebook rants often assume that I have a deep and abiding hatred of Barack Obama.
It ain't so.
Obama promised to "spread the wealth around", and he's done his best to fulfill that promise, even though it has been disastrous for the economy overall.  The Porkulus bill was insane, but it hasn't cost any more than our recent wars against people who didn't attack us.
I can quibble over Obama's broken promises to shut down Gitmo, his failure to bring home all the troops, and his general squishiness on gay marriage (until recently).

Compared to the Republicans, though, Obama has been a George Washington of honesty.  How the GOP can call itself "small government" after one Reagan and two Bushes remains a mystery.  In 2010, for the offices where we didn't have a Libertarian candidate on the ballot, I voted Democrat.  I'm sick, sick, sick of Republicans giving "small government" a bad name, especially the Republicans who are affiliated with the Religious Right.

So let me know what you think of these suggestions for next week's Democrat Convention at Bank Of America Arena.  These are listed only as a public service.

1) Ron Paul supporters are pissed.  I mean they are royally pissed.  They've been kicked out, shown the door and dumped on.
Ron Paul is anti-war, pro-gay/lesbian marriage, anti-drug war, and anti-Federal Reserve.  It wouldn't hurt Obama to come out swinging against any more overseas adventures, and he could pledge to bring Hillary back to the house.  He could promise to legalize weed.  He could personally invite Ron Paul to speak at the Democrat convention !!  Who knows what would happen??
It would be difficult for Obama to speak out against Bernanke's counterfeiting operation at the Fed, but he could let Biden do it, since nobody takes Biden seriously anyway.
All of this would be total B.S., but how many pledges and promises made at conventions and State Of The Union events are anything else?

2) Trot out Bill Clinton as much as possible.  Clinton (and Gingrich) turned in a few years of balanced budgets.  He semi-reformed welfare.  He introduced NAFTA.  Yeah, he made a few failed stabs at an early version of ObamneyCare, but that was just to keep Hillary out of his hair so he could mess around with interns.
Al Gore banished Clinton during his presidential run.  But the man has now been reformed and rehabilitated.  We did well while Bill was in office.  Obama should simply pretend that Clinton is the candidate.

3) Keep Elizabeth ! Warren !! out of the convention hall.  Disinvite the woman from her current prime-time slot.  Obama was channeling Warren when he uttered his disastrous "You Didn't Build That" line.  That stuff probably plays well wherever Warren teaches, but it doesn't resonate with the folks who are having to pay ridiculous taxes to pay government contractors too much money for substandard services.  Have her call in with diarrhea.

4) IMHO, Joe Biden is now officially stark, raving mad.  Paul Ryan is a bailout loving and TARP loving and stimulus loving Republican who has repeatedly voted for disaster while campaigning for sanity.  All that having been said, nobody cares about those votes except Libertarians.
Despite his inconsistencies, Paul Ryan is also going to rip Joe Biden's head off.
It's going to be brutal.  There is no point in it, no reason to broadcast this massacre during prime time when some of our children might still be awake.
Biden couldn't even put away Sarah Palin.
The Democrats don't want Biden going up against Ryan.  It's gonna be ugly, ugly, ugly.

For a while, there was a "Draft Hillary" movement floating around, but she's even more polarizing than Biden.

How about this:  Barack Obama should have Biden appear on Day One of the convention, and have him make his standard, goofy speech.  Then Biden should claim that he's been diagnosed with Alzheimer's.  Express regret that he can't continue to carry on the fight against the other side.  The press won't demand a medical diagnosis from anyone; Hell, they print every word that Obama/Biden say without skepticism.

I think these four proposals would work for him.
He'll never do any of this.
There's no money in it for his supporters/owners. 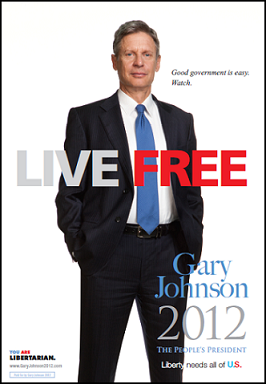 Posted by The Whited Sepulchre at 1:29 PM 4 comments: