The Progressive Art Of Single-Entry Bookkeeping

Dan Mitchell, at the International Liberty Blog, has written the best summary I've ever read of the failures of Keynesian economics.

To explain how this works, let’s briefly digress and explain Keynesian economics. This is the theory that you can jump-start a weak economy by having government borrow a lot of money and then “inject” this money into the economy. And that’s precisely what Obama did with the stimulus, mostly with more spending, but also with some tax cuts for favored constituencies. According to the theory, the money that is being spent by the government (and the recipients of tax cuts) will goose growth and create a ripple effect as producers hire people to deal with the increase in “aggregate demand.”

The Keynesians basically assume that there are no “opportunity costs” when government borrows money and spends it. That’s a bit of economic jargon, but it’s simply a way of saying that Keynesians think that money, for all intents and purposes, will sit idle and gather dust during an economic downturn in the absence of government.
This is a very nice theory…but only on a blackboard.
In reality, there is an “opportunity cost” when government borrows money and spends it. Resources are diverted from the productive sector of the economy. This might not be a problem if government spent money wisely, but stimulus schemes tend to reward interest groups with the most political clout. So instead of outlays for physical and human capital, which at least theoretically might improve the economy’s productive capacity, the White House directed the bulk of the stimulus to redistribution programs and handouts to state governments.

Yeah.  What he said.  Everything looks rosy as long as you restrict your analysis to what Kevin Williamson recently called "The Occult Art Of Single-Entry Bookkeeping". 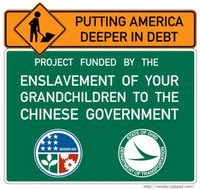 Posted by The Whited Sepulchre at 10:46 AM No comments:

Would you pledge allegiance to The Tzar?

A Facebook friend that I've never met, Mr. David Singhiser, has been throwing down some excellent posts and rants about the military, pledging allegiance, immigration, and loyalty to The State.

(The catalyst for all this has been disagreement in his family about a relative going to work in the U.S. Marines.)

Check this out.  Pure, undiluted greatness....

For those few family members who are still friends and followers: When Little Grandma's grandparents accepted going to Russia in the early 19th century, they were promised certain rights and privileges such as: keeping their own language (What? They were not compelled to learn Russian?), sending their children to their own schools, going to their own churches, and their young men were free from conscription and fighting in the Tzar's wars.

However, when a later Tzar took back those rights and privileges, Little Grandma and her family and community left for America. I doubt that any of them questioned their commitment to freedom. None accused them of their lack of patriotism, their lack of loyalty to the Tzar and the royal family.

That was a non-issue. It was freedom that was important. It was obvious, freedom was more important, not a Tzar, not a government, not a country that "gave" them prosperity. They earned it, and the Imperial Russian Government decided to confiscate property and send their young men to war.

Wasn't the Russian government within its rights? Shouldn't the Swiss and German colonialists be obligated to pay their dues? But in the eyes of the colonialists, the Tzar broke the promise.

Freedom could be found elsewhere. Liberty was what was important, more than prosperity, more than a false loyalty to a bankrupt and lying government, more than even a place.

Well my dear family, the US government broke it's promises. It took Eddie and Bill (Little Grandma's sons during WWI) and Lawrence during WWII and Bill during the Korean War (her grandsons).

Government officials have lied to us, spied on us, confiscated out wealth and prosperity. We owe them nothing.

Her generation however, understood freedom. Freedom was more important than a government or a nation.

When the government became oppressive, she and her community left. Simple, not easy, but simple; they left, ….for Freedom!

We owe these government officials no loyalty, only our contempt. If we are true to our heritage, we follow liberty, no matter where it is in the world. We are not serfs; we are not slaves. We bow to no one. We do not send our children into war to fight for a government and an elite. We are better than that.

I wish you would too.

From a recent conversation with a college graduate.....

Whited Sepulchre: We give out three awards at our Libertarian Party National cCnvention.  There's The Thomas Jefferson award....,

Whited Sepulchre: And we give out an award for best communicator of the Libertarian message called The Thomas Paine award....,

Whited Sepulchre: And for service as an activist, we have The Samuel Adams award.

Twenty-five year old college graduate:  (looking genuinely perplexed) Why did they name that one after a beer? 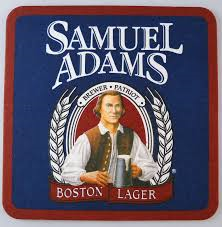 Posted by The Whited Sepulchre at 6:52 AM 3 comments: