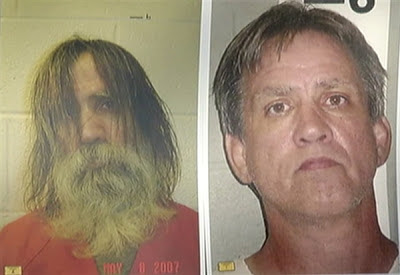 Wait until the same mindset takes hold in our intensive care wards.
Go here to read occasional updates on Britain's National Health Service.
Go hear to read about the recently formed political party opposed to any NHS reforms!  (Kinda like postmen forming a union to retain 6-day letter delivery in Merigold MS in the age of email.)
Hey, anybody can make a mistake, right?
Posted by The Whited Sepulchre at 5:02 PM 2 comments:

I've turned this into an recommended event for the Tarrant County Libertarian Party.  Hope to see you there....
The Modern Art Museum of Fort Worth (3200 Darnell St, Fort Worth, TX, in the museum district) is showing the documentary film "The Pruitt Iago Myth" on March 7.  The doors open at 6:30 p.m.  Tickets are free, but on a first-come, first-served basis.  The film begins at 7:00 p.m.
Here's an experiment:  Type "Public Housing Demolition" into Google, and it will auto-complete with "New Orleans".  "Atlanta".  "Chicago".  (It seems that top-down, centrally planned public housing projects generally face the wrecking ball after 20-25 years.)
Type "Public Housing Implosion" into Google, and your computer won't even think twice.  It will take you to the infamous St. Louis Pruitt-Iago Public Housing complex.
Here's what Alexander Von Hoffman of Harvard had to say about Pruitt-Iago:
"St. Louis's Pruitt-Igoe housing project is arguably the most infamous public housing project ever built in the United States. A product of the postwar federal public-housing program, this mammoth high-rise development was completed in 1956.
Only a few years later, disrepair, vandalism, and crime plagued Pruitt-Igoe. The project's recreational galleries and skip-stop elevators, once heralded as architectural innovations, had become nuisances and danger zones. Large numbers of vacancies indicated that even poor people preferred to live anywhere but Pruitt-Igoe. In 1972, after spending more than $5 million in vain to cure the problems at Pruitt-Igoe, the St. Louis Housing Authority, in a highly publicized event, demolished three of the high-rise buildings. A year later, in concert with the U.S. Department of Housing and Urban Development, it declared Pruitt-Igoe unsalvageable and razed the remaining buildings.
Pruitt-Igoe has lived on symbolically as an icon of failure. Liberals perceive it as exemplifying the government's appalling treatment of the poor. Architectural critics cite it as proof of the failure of high-rise public housing for families with children. One critic even asserted that its destruction signaled the end of the modern style of architecture."
And yet, the makers of this documentary, and perhaps the city of Fort Worth (official sponsors of this showing !) claim that we shouldn't try to learn too much from this supposedly failed experiment.  Here's some more info from the documentary's official website:
"And yet, despite this complex history, Pruitt-Igoe has often been stereotyped. The world-famous image of its implosion has helped to perpetuate a myth of failure, a failure that has been used to critique Modernist architecture, (and) attack public assistance programs..... The Pruitt-Igoe Myth seeks to set the historical record straight. To examine the interests involved in Pruitt-Igoe’s creation. To re-evaluate the rumors and the stigma. To implode the myth."
Let's attend this showing and learn for ourselves if the stories of the Pruitt-Igoe meltdown are lies, legends, or merely a case of bad luck for city bureaucrats.  The City Of Fort Worth's Human Relations Unit will hold a Q&A session afterwards.
Those who don't remember the past are condemned to repeat it.  March 7th, at The Modern.  Show up at 6:30. 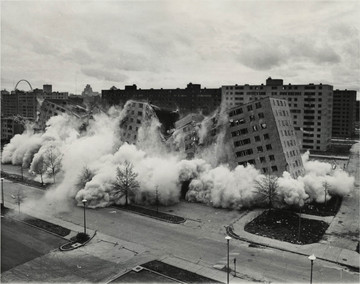 Posted by The Whited Sepulchre at 8:41 AM No comments: 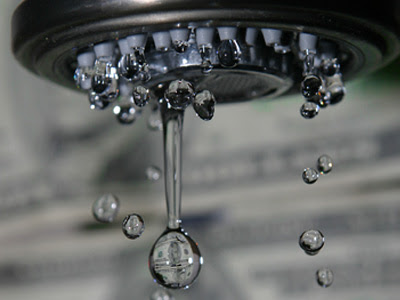 Posted by The Whited Sepulchre at 5:21 PM 3 comments:

To hear Washington tell it, if we cut back on the increase, not the total, but the increase of government spending, we're going to go bankrupt, resort to cannibalism, and start listening to disco again.  30 seconds of video here.  Please watch it.  Who does it remind you of?

Government takes money from both of us, and spends it.  This makes it look like government spends even more, and is even more vital.  But it's the same amount of money.

But even if we weren't spending our money instantly, we would have it in a bank.  The bank attracts our savings by paying interest.  The only way they can generate this interest it by loaning it to other people who want to..... spend it.

Government takes our money by force.  If the only rationale for this theft is to create jobs and help the economy, we could be doing that without their freakin' help.  I want to create jobs in industries that I like, not necessarily in industries that have given The Teleprompter Jesus a shitload of contributions.  Plus, even though I'm a moral leper, I still don't like giving money to an asshole who blows up children with drones.

Some of the other money pumped into our economy is borrowed from other nations, other individuals, or from ourselves.  Keynesian economists don't worry about this, mostly because they're not the ones who will have to pay it back.

The other money pumped into our economy is printed at a facility on Blue Mound Road in Fort Worth TX, or at another facility in Washington D.C.  Nothing is backing it.  Not gold, not silver.  It's just paper.

Taking money by force is bad.  Printing money out of thin air is bad.  Borrowing isn't necessarily bad in some cases, but if you're putting the loan on the credit cards of 5-year-olds, it's bad.

If the only things keeping our economy afloat are 1) theft 2) borrowing, and 3) counterfeiting, then we need to re-examine everything we think we know about government, economics, and politics.

The piper is coming, and he's gonna get paid.
Posted by The Whited Sepulchre at 8:19 AM No comments: