You really aren't that big of a deal

She was not about to let investigators, oversight committees, or even historians have a look at what she's doing for foreign governments to generate money for the Clinton Foundation (and the $$$'s came rolling in, BTW.) 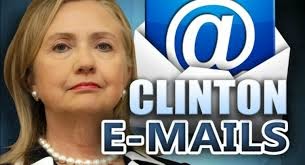 This is supposed to be a scandal.

But let's look at this from the point of view of a Martian, or someone who has been living under a rock for the last 30 years.  Or just because it would be a new experience, let's really think about this thing....

This is the person who was involved in:

All of which prompted the late great William Safire to solemnly intone that "Americans of all political persuasions are coming to the sad realization that our First Lady -- a woman of undoubted talents who was a role model for many in her generation -- is a congenital liar.

This was in the New York Holy Times, BTW.

So should this email thing be viewed as a legit scandal, or not?
I say no.
The scandal is that Barack Obama wanted to give this lying twit a government email account.

Posted by The Whited Sepulchre at 6:37 PM No comments: