There were several disturbances in the force when a MSNBC twit said that Detroit is now "America's Most Libertarian City".

Yeah.  His mouth really did make those noises.

MSNBC’s Ari Melber describes Detroit’s plight with the usual media rinse-and-repeat conventional spin straight from the standard script: debt up the wazoo, decayed this, bombed-out that, no services here or there. Yawn. Seems I’ve read that 1,492 times prior. And this “condition” of decay he describes is what he deems as a condition one could expect to see as the result of libertarianism. According to Ari, a city that has been governed by unions and Marxists, and raped by nepotistic mobs, has presented to the world a visual of what libertarianism would bring us were we to put it into practice. Yet he never explains the connection between a libertarian philosophical framework and Detroit’s 4+ decades of decline.

Ari states that Detroit needs to “look to Washington.” Indeed, he says Detroit should be an outpost of the Potomac, just like the Banksters. Ari thinks that Congress should convene a special session to save Detroit. The Feds, he says, could bring jobs to Detroit, invest in property, and start up a Detroit branch of the Smithsonian to save the art of the Detroit Institute of Arts (DIA).

These media twerps never express one intelligent sentence about Detroit’s political history and sociological challenges as they pertain to the long-term decay and the current crisis. And now, finally, it can all be blamed on libertarianism and a too-small government.

But let's look at Detroit as if The Motor City is an alcoholic, an alcoholic that has hit rock bottom, and checked into a 12-step program of sorts.

Is Detroit ready to admit that it has a problem?  Yes.

Is Detroit ready to admit that it is powerless over its addictions (to big government, bureaucracy, unions, statism, and central planning)?  No.  Absolutely not.  Those people will have to be removed by elections, or by the recovery specialist appointed by the governor.

Has Detroit made a searching and fearless moral inventory of itself?  They're trying.  During a recent audit, they found a one million dollar check sitting in a desk drawer.  These inventories are probably a good thing, right?

Is Detroit ready to believe that a power greater than itself could restore it to sanity?  Well, no.  Not in the good sense of a higher power.  Most of Detroit's "leaders" are now banging on Washington's door for more money for the next round of binge drinking.

Is Detroit ready to admit to God, to itself, and to another human being the exact nature of its wrongs?  Not just no, but hell no.  On the most recent edition of John Stossel's TV program, Stossel was interviewing some bowtie-wearing fool from the Detroit city council who defended the following scenario.....  An entrepreneur actually offered to purchase about 150 acres of abandoned, blighted, statist hellhole that were being offered for sale, remove the remaining abandoned crack houses, all so he could turn it into a forest for the lumber industry.  The Detroit city council turned down this offer, because "that's not what we want to see in Detroit".  Until Detroit abandons this mindset, it should be left alone to "die in sin".  (Romans 6.  LOL)

Ok, seriously.... Detroit is about to hit rock bottom.  There are miles and miles of land straddling the gateway from Canada to the U.S. that can be had for pennies on the dollar.  Homes on one acre lots really are selling for just a dollar.  (No one wants to pay 4K per year in taxes on a one dollar investment.  Doh!)

Detroit is surrounded by a massive industrial base that had sense enough to get out of the city before the Statists took over.  These people are called "customers".  So.... could Detroit possible become the next Hong Kong?  The next economic powerhouse?  All it has to do is hit rock bottom and go through the 12-step process parodied above.  Here's how the Brits turned Hong Kong into an economic miracle in about 30 years, according to P.J. O'Rourke:


On the other hand, the British were not irresponsible. The "doing nothing" system mentioned at the beginning of this chapter is a relative term. Laissez-faire is not Tanzanian administrative sloth or Albanian popular anarchy.

Quite a bit of government effort is required to create a system in which government leaves people alone. Hong Kong's colonial administration provided courts, contract enforcement, laws that applied to everyone, some measure of national defense (although the Red Chinese People's Liberation Army probably could have lazed its way across the border anytime it wanted), an effective police force (Hong Kong's crime rate is lower than Tokyo's), and bureaucracy that was efficient and uncorrupt but not so hideously uncorrupt that it would not turn a blind eye on an occasional palm-greasing illegal refugee or unlicensed street vendor.

Hong Kong was also fortunate in having a colonial government which included some real British heroes, men who helped of these the place stay as good as it was for a s long as it did.

The most heroic of these was John Cowperthwaite, a young colonial officer sent to Hong Kong in 1945 to oversee the colony's economic recovery. "Upon arrival, however," said a Far Eastern Economic Review article about Cowperthwaite, "he found it recovering quite nicely without him."


Leave the people alone.  Provide some courts and police.  Defend the borders against marauding Canadians.  That's all the government needs to do.  Go here to read about the current state of affairs.  They really are waking up.

Brown said it’s difficult to find 45 operable garbage trucks in a fleet of 180 to pick up trash five days a week.


“That’s unconscionable,” he said, citing too few mechanics, lax work rules and a lack of spare parts. He said there are plans to hire a (private) hauling company to pick up trash.
That's all it takes.  Hire private companies to pick up the trash.  To maintain the cop cars.  To maintain the parks and run the museums.  Detroit now has a great chance to rise up and become America's Most Libertarian City.  God knows they've seen enough of the alternative.
Posted by The Whited Sepulchre at 10:42 AM No comments:

The Tarrant County Libertarian Party wanted a brochure, something we could hand out at events, debates, schools and such.  We gave Shaun a few bullet-points, some logos, and some Facebook pages where he could look for pics.
Lord have mercy, look what the boy came up with!!  I'm proud of this thing.

If you ever need some freelance media work done - print, video, or internet - Shaun is THE man.  End of story. 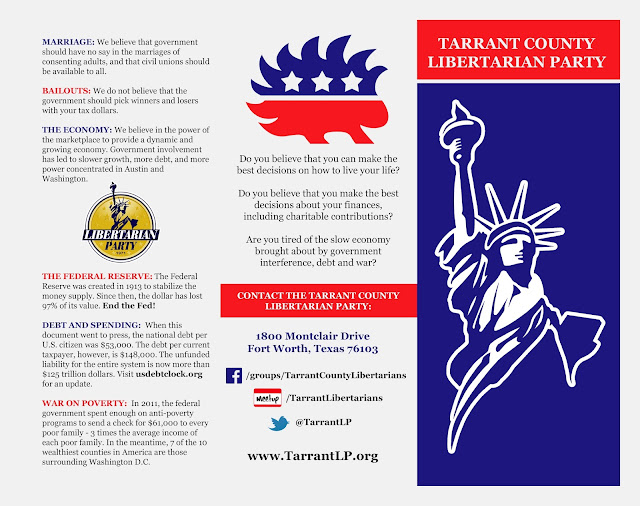 Mike Coyne and I shamelessly ripped off the subject headings from the National and State LP sites.  The individual bullet-points are standard Mike Coyne rants and Whited Sepulchre blog entries. 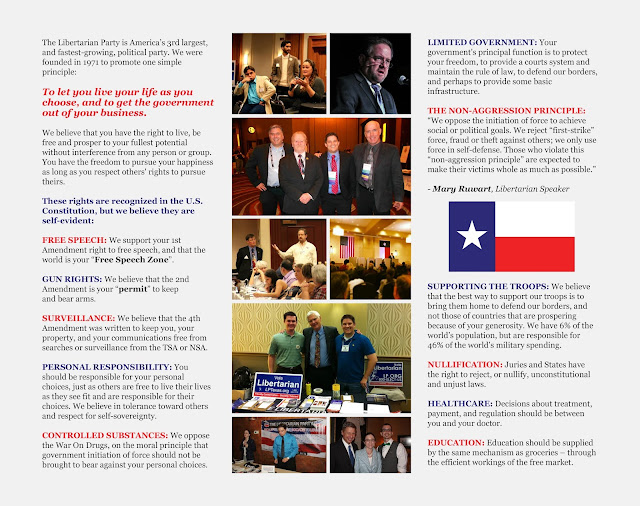 Can you imagine what a Republican or Democrat flyer of this type would read like?  Democrats having to justify a horrific economy, multiple wars, drones, invasions of privacy, failure-factory schools and enough black men in prison to fill up 20 Super Bowls?  Republicans trying to justify the military-industrial B.S., the War On Drugs, subsidies, tax exemptions for buddies, and a desire to take over your bed, bong, babies and bourbon?

I love, love, love me some Libertarian party.
Posted by The Whited Sepulchre at 6:07 PM 1 comment:

Who makes more from a gallon of gas - Exxon or Barack??

This guy is awesome, and needs to be the next chairman of the Fed.
Watch it on Youtube to see the rest of his stuff.

There might be a few dozen federal taxpayers left in the rotting sinkhole known as Detroit.

But if you're foolish enough to be a federal taxpayer in the year 2013, you might be interested in looking at this infographic.  It compares Detroit's debt (per resident) to your debt as a citizen who co-signed on the Bush/Obama debt festival.  Sorry for the poor quality of the picture.

Enjoy the decline.  Or start voting for Libertarians.  There is no 3rd way. 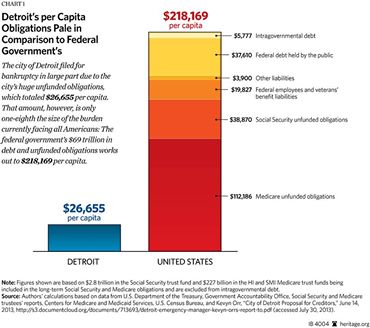 Posted by The Whited Sepulchre at 5:18 PM No comments:

I already know that I'm going to hell

My great friends from high school, Henry and Patricia Farrish, posted this on my Facebook wall.
I have no idea why.
LOL. 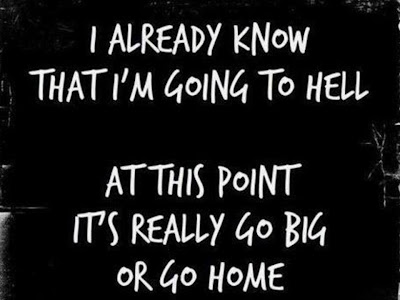 Posted by The Whited Sepulchre at 8:35 AM No comments: 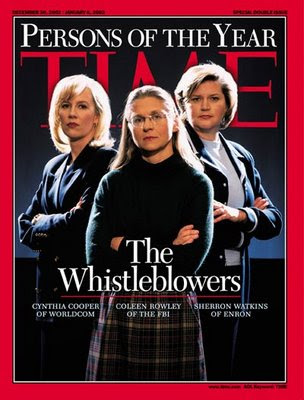 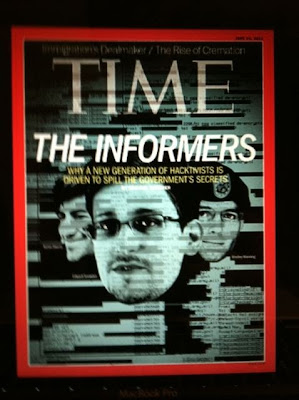 I assume he's going to post things about the inevitable consequences of government policy, and the shocked, shocked reactions from supporters of those policies when things don't work out as planned.  (You know, the law of unintended consequences, things seen and unseen, markets responding rationally to punishment, etc.)

In other words, "Who'd a-Thunk that punishing businesses by making them pay for healthcare would cause businesses to hire fewer employees?"

Boudreaux is accepting your submissions.  The first to be published was supplied by my unofficial economics mentor #13 (yeah, I have them numbered), Greg Mankiw.  It's from an email he received Saturday morning:

I have been teaching multiple sections of economics for four years now at several Colleges and Universities in the State of Indiana. I have also been a frequent user of your texts in the classes that I teach.

With the implementation of the ACA (Affordable Care Act) these institutions are giving notification to their part-time faulty that their individual teaching schedules will now be limited to three sections. At the college this will likely result in the cancellation of 20-25% of the class sections in economics, and I would assume other areas will have a similar result. The students are not fully aware of the situation and many will be surprised that their desire to get a college education is now being impacted by the need to avoid the full implementation of the ACA.

Regardless if you are a Republican or a Democrat I would hope full-time faculty would voice their concern regarding the impact the implementation of the ACA could have on the attainment of higher education for the current student population and upon the lives of the dedicated part-time faculty that have been devoted to serving this student population.
My hope is that if faculty across the nation brought this to the public attention that we as a nation could have a more open and complete dialogue regarding the course we wish to set as a nation.

Elections have consequences.  Who'd a-Thunk it?