Barack is going to Ohio to Increase Our Manufacturing Capacity!!!

You may not have read about it because he wasn't accompanied with his usual wave of unemployment, disaster, debt and racial discord, but Barack recently visited Ohio.

Here's an article that the good folks at Industry Week recently sent me.


President Obama will be in Cleveland, Ohio, today to talk about his plan to strengthen U.S. manufacturing by investing in new technology
.O, God, God almightty help us all...  Most of Barack's "investments" have been in green energy, America's Community Colleges, Solyndra, anti-global warmingscams, infrastructure, canisters of Leprechaun farts, sustainables, and other failed schemes.
We've got the smallest percentage of our workforce employed than we have in a long, long time, and we're in big trouble. Hillary and Jeb Bush are warming up offstage.  This is sooo...scary.
H CRAP!!! 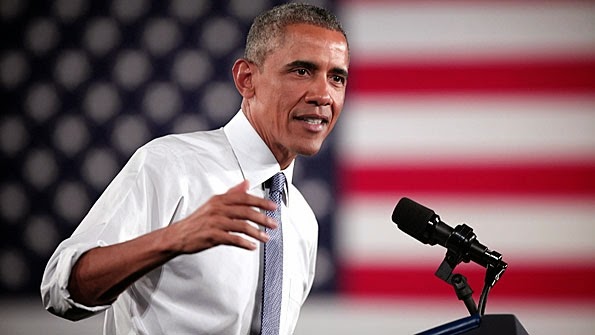 He's got his shirt sleeves rolled up.  that means he's ready to work.  And we all know what happens when he does that...

Manufacturers are adding jobs at the fastest rate in decades with nearly 900,000 new positions created in the last five years. Factory production is up by a third since the recession and factories across the U.S. are experiencing growth not seen since the 90s.
This fool has never even managed a Taco Bell Night Shift....
The new White House and Commerce Department plan looks to take advantage of the latest surge with a series of initiatives including:
Competitions
The Department of Defense is launching a competition for leading manufacturers, universities, and non-profits....

Hey, how would you describe Barack's donor base?  Let's start with universities and non-profits....
to form a new manufacturing hub focused on revolutionary fibers and textiles technologies. The $75 million federal investment will be matched by more than $75 million of private sector resources.  These private sector resources" are often called "campaign contributions" in the real world.
Also, there will be $320 million competition to strengthen small manufacturers. Non-profits in 12 states will compete for $158 million in Federal funds matched by $158 million or more in private investment over five years to provide technology and engineering expertise to small manufacturers through the latest round of competitions to strengthen the Manufacturing Extension Partnership (MEP)’s network of centers in these states.
Supply Chain Innovation
A new White House and Commerce Department Report describes a dense network of small manufacturers that make up the backbone of America’s supply chains, contributing more than 40% of all manufacturing employment. However, even as their share of U.S. manufacturing employment grows, small firms continue to face stiff challenges in innovation. As the new report finds:
Small manufacturers are playing an increasingly important role in U.S. supply chains and the manufacturing sector overall. Today, small manufacturers employ 42% - or nearly half of all U.S. manufacturing workers - up ten percentage points from their share in the 1980s.
Dense networks of these small manufacturers are vital to the process of taking a product from concept to market, and the exchange of manufacturing know-how across suppliers is essential for the diffusion of the new product ideas and innovative processes that give U.S. manufacturing its cutting edge.
However, because of the barriers they face, small manufacturers often lag behind their larger peers in adopting critical new technologies.
Ok, class, raise your hands if you've heard this before....
"Most of our job growth comes from small businesses."
Heard it before?
Of course you have.  It's one of those obvious factoids that government gnomes and their media friends love to repeat.
It's like saying "Most of the growth in forests comes from trees that aren't grown yet."  But they say it like it's brilliant.  Wisdom.  Waaaaay smart.
For example, a recent survey found that fewer than 60% of small manufacturers were experimenting in any way with 3-D printing, a potentially transformative technology that is especially beneficial for small companies due to its flexibility. In contrast, over 75% of large firms were using the technology.
The White House Supply Chain Innovation Initiative will focus on public-private partnerships and new federal efforts to strengthen U.S. manufacturing overall by closing this gap.
The event will be live streamed at www.whitehouse.gov/live.
God helps us all.
Barack has come up with another public-private partnership.
Any time you hear public-private partnership, cover up your wallet, lock your purse in the trunk, and bury the family silver in your back yard.
The risks are going to be public, and any profits will be privatized.
I'm sorry for repeating that cliche, but as long as "public-private partnership"is polling well with idiots,Democrats, I've got to repeat it..

Ok, here's my point....
American manufacturing will regain it's place at #1 in the world when we do the following:
1. Reassure investors, manufacturers, and other risk-takers that our government isn't going to confiscate and redistribute any profits.
2.  Eliminate the risk of hiring someone.  If I hire someone to unload shipping containers, all I want is to have my containers unloaded.  I don't want to take on a dependent.  I don't want to be sued if he's black or brown, and I decide to stop purchasing his labor.  I don't want Nancy Pelosi to dictate what I have to pay him to unload my containers.
4.  And finally, it doesn't matter if I'm getting raw material from Canada, Mexico, Cuba, South Africa, or Kenya, it should all come into the country at the same tariff rate.  We have tens of thousands of government Munchkins earning great salaries slapping tariffs and quota restrictions on imported stuff.  All of those people should be propped against a wall and shot.
5.  We gotta end our public school system, then bulldoze every public school, plow salt into the ground so nothing can every grow there again, and try something different.
6.  Imagine interviewing high school graduates day after day after day, who can't read a tape measure, fill out an application, or answer a simple question.
Shit, folks, it ain't working any more. It was good while it lasted.  End it.  Let's do something different. 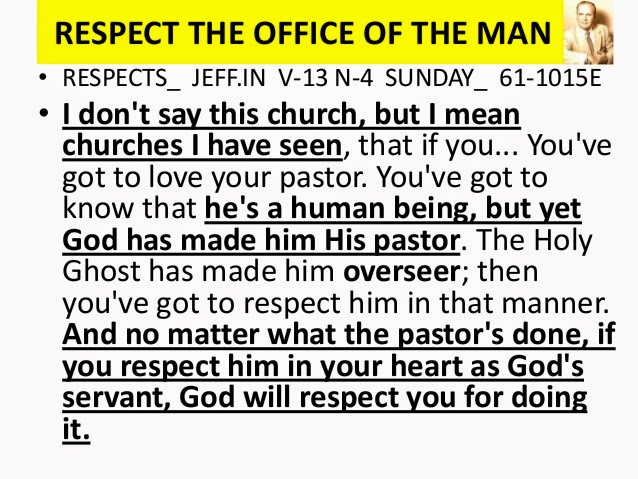 Wow.
President is just a job.
It's a job that has great fringe benefits and staggering opportunities for graft.
IMHO, we'll all be better off when we stop thinking of elected politicians as "leaders" and think of them as referees, rent-a-cops, and infrastructure maintenance contractors.
Seriously....  "Respect for the office" has led more soldiers to an early death then any other flawed belief system.  It's a holdover cliche from the "divine right of kings" era.
The President Of The USA is someone who put together a coalition of rent-seekers, grievance-mongers, parasites, theocrats and military spending enthusiasts for the purpose of winning a beauty contest called an "election".
All that having been said, you might not respect me, my opinions, or blogging in general, but I'm a blogger and this is my blog.
And you've got to respect the office....

Posted by The Whited Sepulchre at 6:56 AM No comments: