You might not care about politics, but politics cares about you.

The Tarrant County Libertarian Party usually has a meetup at a coffee bar, club, pub, or dive bar once a month.  It's always fun when the young newbies show up.

One guy named Patrick stayed late to talk with us after the most recent meetup, and his complaint was a common one.  "We can hand out Nolan Charts on campus, talk about liberty, restraints on freedom, and all the big issues, and most college-age students will agree that they're probably libertarian-"ish", but they just aren't that into politics."

That's always fun one to respond to.

You might not be into politics, but son, you better believe that politics is into you.

"Politics", as currently practiced, has put $53,000.00 on your bar tab.  Have you ever had a good friend do that to you?  Don't you hate it when someone you don't really know that well goes out and has a good time at your expense, and leaves you with a bill for FIFTY THREE THOUSAND DOLLARS???

The folks in Washington are trying to distract you today with arguments about immigration.  Hell, illegal immigrants paying into Social Security and never taking anything out of it - they're the only thing keeping the system afloat.

In the meantime, the area surrounding Washington D.C. is having the biggest boom in American history.  And you're paying for it.

You might not care about politics, but politics cares about you.
Posted by The Whited Sepulchre at 4:19 PM 2 comments:

From Yahoo! (of all places)

Jay Carney doesn’t have an answer for that. He hasn’t discussed that subject with the president. He will refer you to the Department of [insert agency here]. He refuses to speculate on that. He’ll have to get back to you.

But he appreciates the question.

A Yahoo News analysis of the 444 briefings through June 18 that Carney has held since becoming White House press secretary has identified 13 distinct strains in the way he dodges a reporter's question. Since Carney held his first daily briefing with reporters in the White House Brady Press Briefing Room on Feb. 16, 2011, for example, he’s used some variation of "I don’t have the answer" more than 1,900 times. In 1,383 cases he referred a question to someone else. But will he at least speculate on hypotheticals? No. In fact, he has refused to do so 525 times.

In the following interactive, you can browse all 9,486 of Carney’s most-used responses and verbal crutches.

Video available below the chart.  But really, you gotta play the game.  Good stuff, folks.  Good stuff.
. .
Posted by The Whited Sepulchre at 3:01 PM No comments:

Lenny Bruce on Capitalism vs Communism

"Capitalism is the best. It's free enterprise. Barter. At Gimbels (department store), if I get really rank with the clerk, 'Well I don't like this', how I can resolve it? If it really gets ridiculous, I go, 'Frig it, man, I walk.' What can this guy do at Gimbels, even if he was the president of Gimbels? He can always reject me from that store, but I can always go to Macy's. He can't really hurt me. Communism is like one big phone company. Government control, man. And if I get too rank with that phone company, where can I go? I'll end up like a schmuck with a dixie cup on a thread." - LENNY BRUCE 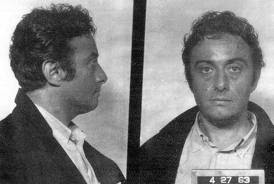 Posted by The Whited Sepulchre at 6:44 PM No comments:

Posted by The Whited Sepulchre at 4:53 PM 2 comments:

Here's a picture of my father, the late Donald Gene Patterson, and my daughter, The Aggie.
My father was the greatest man I've ever known.  The End.  Full Stop. 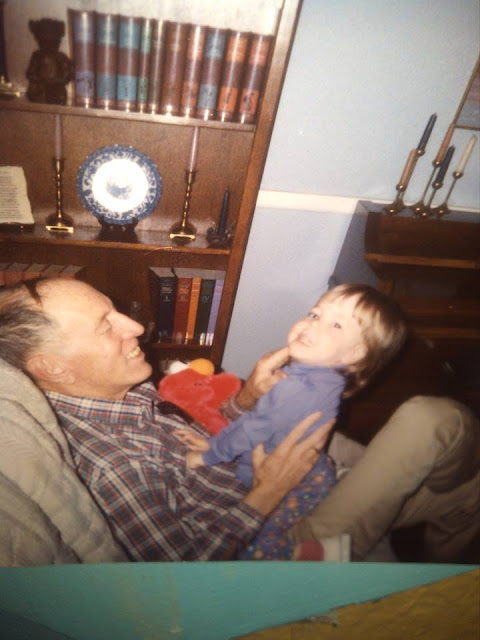 There was a time during the "Men's Movement" scare of the late 1980's early 1990's, where men would go out into the woods and sit in drum circles and take turns slamming their fathers.

I have no idea, no background, or no experiences to help me fathom what those guys were talking about.  Lucky me.

If you visit this site regularly, what you're reading is merely an expansion of what I learned riding around our farm in his pickup truck.  While he would've never supported, say, the right to use marijuana or gay marriage, I believe he was doing the best he could with the light that he had to see by.

I miss him so very much.

BTW, for Father's Day, The Aggie gave me an original drawing of Peyton Manning, our football hero.  Pretty dang cool. 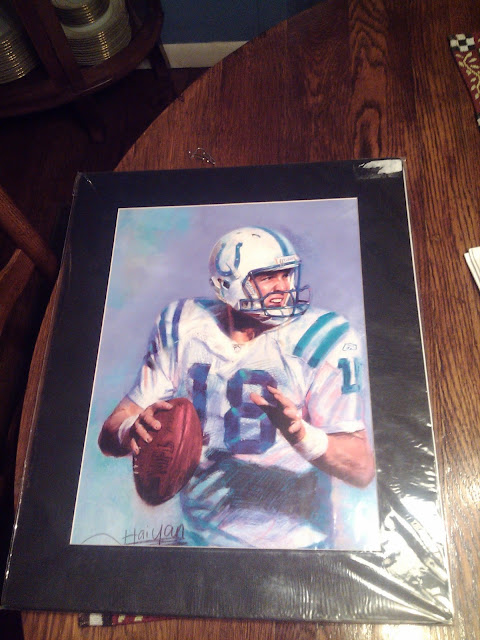 Posted by The Whited Sepulchre at 5:02 PM No comments: