Here's a chart that I've probably posted a dozen times.  It shows how poverty was dying nicely, all on its own, until LBJ declared war on it.
Then poverty started feeling better, was taken off life support, and is now doing quite well. 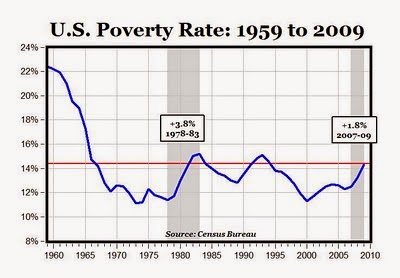 Here's another chart showing the amount spent by Federal anti-poverty agencies per poor household in 2011.  It comes to more than $61,000 per poverty-level household.  These numbers were bitterly contested when first released by The Weekly Standard, but they are what they are. 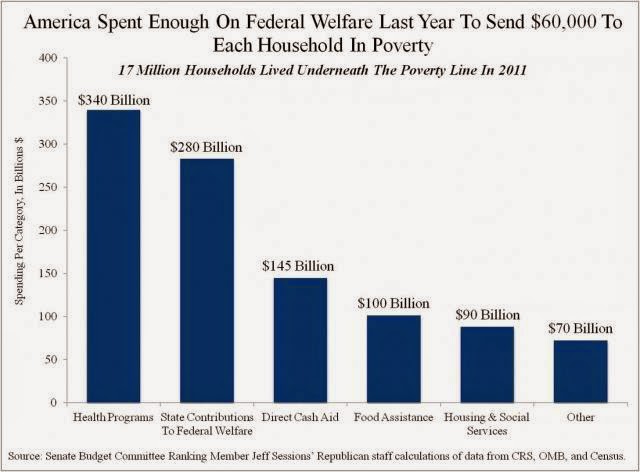 Here are two more charts showing the wealthiest counties in the USA  Check out the counties around Washington D.C.
This is where the 1% lives. 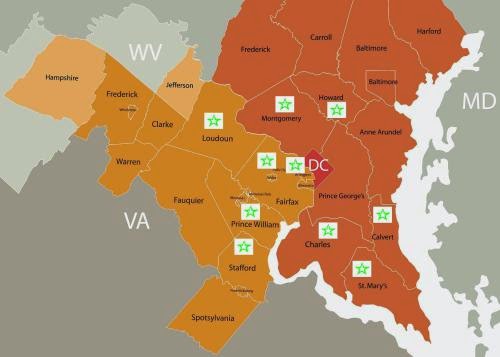 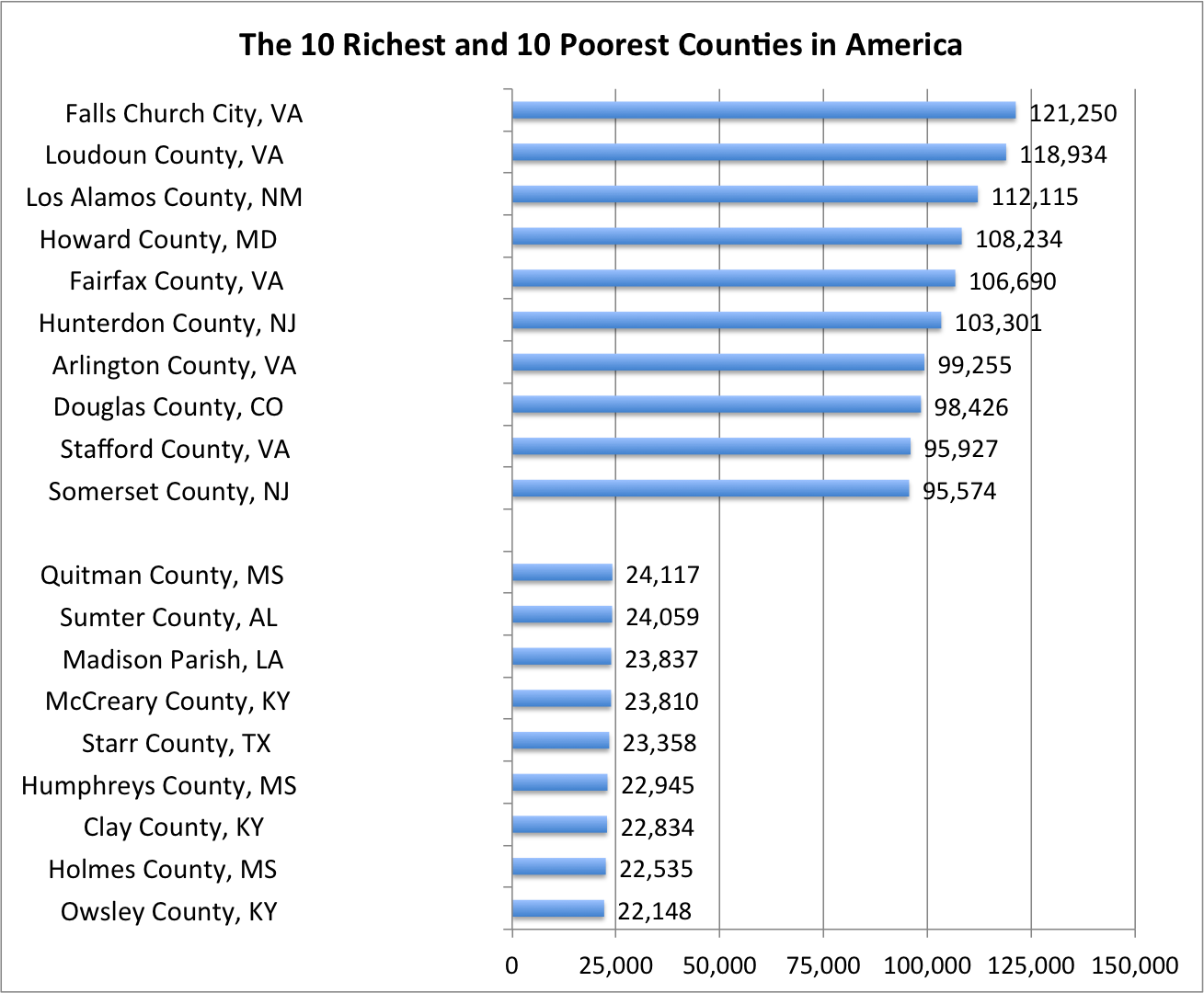 From The Atlantic Monthly, hardly a Tea-Party periodical....

To be clear, this isn't telling you that the richest people in America live one commute from D.C.  In fact, parts of Connecticut, New York, and California are much, much richer than the richest parts of the Greater DC Area. Instead, it's telling you that these counties, of varying sizes, have the highest median income, because there is a striking concentration of high-earning (if not quite vertiginously rich) households around the district.

On the Virginia side, Falls Church City (#1 richest county in the country) is enveloped by Arlington (#7) and east rim of Fairfax County (#5), which borders Loudoun (#2) on its west side. From Loudoun, you pass south through Prince William (#13) to Stafford (#9).

A staggering amount of the money we send to Washington D.C. stays there.   (We send it there because all truly civilized societies provide welfare, safety nets, free educations, free transportation, and free internet wireless, or so they tell us....)