A modest proposal for Brian Schoenjahn, who wants to ban mixtures of alcohol and caffeine

From The Des Moines Register, with a fresh coat of Whitening to Hit'n'Run:

A sweeping ban on alcoholic beverages that contain caffeine is the first bill in the Iowa Senate this year.

The proposal would prohibit the sale or possession of such drinks, as well as ban transporting or distributing them. Senate File 1 was filed by Sen. Brian Schoenjahn, D-Arlington.

A violation would be a simple misdemeanor punishable by 30 days in jail and a fine of between $65 and $625. Anyone with a liquor license would have their permit revoked.

The bill defines "caffeinated alcoholic beverage" as "any beverage containing more than one-half of one percent of alcohol by volume, including alcoholic liquor, wine, and beer, to which caffeine is added." Hence it apparently applies not only to drinks with a noticeable caffeine kick but also to coffee-flavored liqueurs with detectable amounts of the stimulant, such as Kahlua or Tia Maria, and any cocktails made with them, such as a Black Russian or a Mudslide. In addition to jail time and fines, violators would face revocation (not just suspension) of their liquor licenses, and therefore loss of their livelihoods—a pretty harsh penalty for following the instructions in a Mr. Boston book. 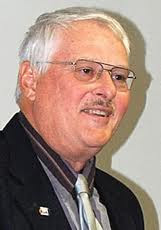 Here's some non-violent (but uncivil) rhetoric on the issue from Popehat:

“Why can’t you mind your own damn business, you nasty, officious, grasping little nanny-state twit?
.... Available press reports do not make it clear whether Brian Schoenjahn (1) only wanted to ban caffeine-enhanced canned drinks marketed to younger people like Four Loko, but was too stupid to draft a bill tailored to that end without outlawing a vast swath of traditional alcoholic beverages and cocktails, or (2) genuinely believes that it’s the rightful place of state government to ban Irish Coffee and Kahlua because Iowans are too stupid to drink it responsibly." 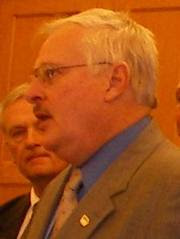 Meanwhile, please remember that thoughtful and important people want you to know that libertarianism is a fringe belief and that legislators are just regular folks whose service ought to be respected.

Yeah.  Well.... If the purpose of government is to protect people like me from our bi-weekly Bourbon And Coke for our own good, I have another proposal for the Iowa Senate.

Check out these pics of a random Iowa Senate committee.

Which individual needs to be forcibly restrained from making any more trips to the "All You Can Eat Chomp'n'Chew Buffet" in Des Moines?

Brian Schoenjahn,  the nasty, officious, grasping little nanny-state twit, has more chins than a Chinese phone book.  He wants to deprive me of my bi-weekly Bourbon And Coke, should I ever go back to Iowa for another auction.
Therefore, I propose that the citizens of Iowa adopt The Schoenjahn Neckline Reduction And Cardiac Arrest Prevention Bill of 2011.  The rough draft reads as follows:

This bill prohibits the manufacturing for sale, or keeping for sale, importing, distributing, transporting, or possessing of any carbohydrates intended for the gaping Statist maw of Brian Schoenjahn. The bill defines a carbohydrate as any consumable likely to in crease Brian Schoenjahn's shirt size.  Appropriations will be made at a later date to hire regulators to follow Mr. Schoenjahn from Luby's to Captain D's to McDonald's, an activity which will surely save and create jobs for Iowans.
A violation of the bill’s provisions is subject to the penalty provisions of Code section 123.50. A violation constitutes a simple misdeameanor punishable by a fine of at least two Wendy's Gift Certificates but not more than four WhatABurger Gift Certificates. If found in violation of this statute, Mr. Schoenjahn will also endure 30 days hard labor at a Bally's or L.A. Fitness Center on a treadmill.  The bill additionally provides that a violation shall result in the immediate revocation and surrender of Mr. Schoenjahn's Senate seat and his Cheesecake Factory Club Card. The bill will take effect upon enactment.

It's for his own good.  He'll thank me one day.
Posted by The Whited Sepulchre at 8:57 AM No comments:

Email ThisBlogThis!Share to TwitterShare to FacebookShare to Pinterest
Labels: food, Good for thee but not for me, iowahawk, modest proposals, Nanny State, prohibition, statists

My Congresswoman got shot in the head - And all I got was this lousy T-Shirt.

Ok, we've got the flags at half-mast, Barry and Michelle have stood outside the White House for their moments of silence, we've had a memorial/rally/cometogether moment in Arizona, complete with T-shirts, and I can only imagine the levels of fake emotion we're going to be exposed to at this weekend's NFL playoff games.
For the love of God....The stadium opened the concession stands for this memorial service.... 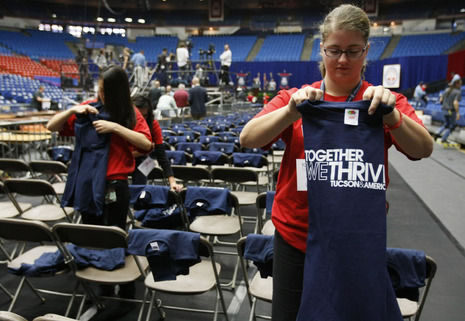 How in the hell are they tying this to violent political rhetoric?  Is the goal to get people to shut up while this Chicago con artist and his goons continue to loot the Treasury?  Do we need to be polite and civil while pointing it out?
Posted by The Whited Sepulchre at 8:05 AM 20 comments:

Email ThisBlogThis!Share to TwitterShare to FacebookShare to Pinterest
Labels: arizona, Barackaganda, crazy people, fake emotion, total farces, We're from the government and we're here to help, we're in the best of hands

The Weekly Radley: Protectionism At Work

I saw this on Radley Balko's site.  I hope you can't read the fine print at the very bottom of the advertisement, the obligatory "this ad paid for by.....".
But first, try to guess who paid for it !  Doesn't it look like something designed by a group of concerned citizens?
Give up?
Ok, think "Bootleggers Dressed As Baptists"
You can hit the label at the bottom of this post to see more "Bootleggers And Baptists" stuff.

Ok, go here to see who paid for the ad.
It wasn't a "Parents Concerned About Kids Gambling Online" group, was it?
It almost never is.
The Indian Casino monopoly opposes online gambling.  Memphis, Tennessee wine shops oppose grocery store wine sales.  California's recent failed marijuana legalization proposition was opposed by almost all marijuana growers.  The funny thing is the way they all try to posture as guardians of our virtue, when all they're doing is blocking potential competitors.
Big Bidness loves a monopoly.  And the only way they can have it long-term is if the government helps them preserve it.
Posted by The Whited Sepulchre at 9:41 PM 2 comments:

Sent to me by so many readers (the first being The Whited Mama) that I've gotta post it. 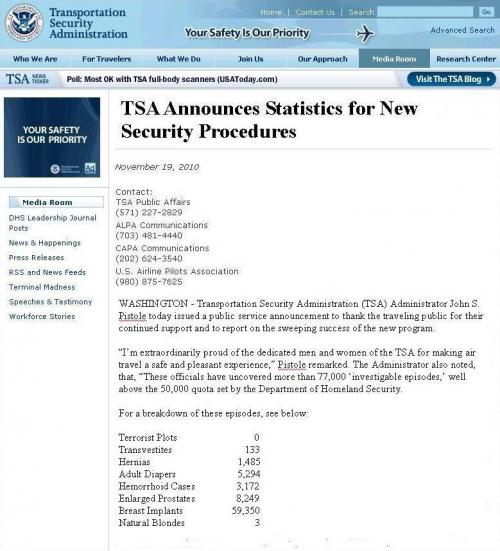 Posted by The Whited Sepulchre at 6:44 AM 2 comments:

Blackbirds are dying because of the "Don't Ask, Don't Tell" repeal. They died because of your sins.

A few days ago I posted something about the dead blackbirds in Bebe, Arkansas.
Here's an update, from televangelist Cindy Jacobs, with a fresh coat of Whitening to Radley Balko.

Posted by The Whited Sepulchre at 7:39 AM 4 comments:

Email ThisBlogThis!Share to TwitterShare to FacebookShare to Pinterest
Labels: birds of a feather, cause and effect, gays and lesbians, superstition, televangelists, weird

A hypothetical question about our Statist friends