I've long believed that our prison system is an entrepreneurial activity. Since I have several employees who've been Involuntary Guests Of The State, I get to hear the stories. Yes, a lot of those stories are bullshit. But there are enough common threads running through their rants that some consistent trends begin to emerge.

So I wasn't surprised to read this story about Judge Mark A. Ciavarella in this month's issue of Reason magazine:

In 2004, responding to concerns about the unusually high rate and cost of incarceration in Luzerne County, Pennsylvania, Judge Mark A. Ciavarella Jr. told the Wilkes-Barre Times Leader, "I'm not in the business to determine whether placement rates are up or down, I'm in the business of trying to help these kids".

For a tidy profit, that is. In January, Ciavarella and Michael T. Conahan, president judge of the Luzerne County Court of Common Please between 2002 and 2007, admitted receiving $2.6 million from the operators of two juvenile detention facilities and conspiring to hide the money from the Internal Revenue Service....

First, the judges helped the detention centers land a county contract worth $58 million. Then their alleged scheme was to guarantee the operators a steady income by detaining juveniles, often on petty stuff. 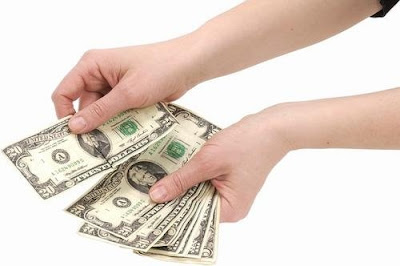 Many of the kids were railroaded, according to allegations lodged with the state Supreme Court last year by the Philadelphia-based Juvenile Law Center, an advocacy group.
In asking the court to intervene in April, the law center cited hundreds of examples where teens accused of minor mischief were pressured to waive their right to lawyers, and then shipped to a detention center.
One teen was given a 90-day sentence for having parodied a school administrator online. Such unwarranted detentions left "both children and parents feeling bewildered, violated and traumatized," center lawyers said.


There's also been a lot of interest in decriminalizing marijuana, since we've now got the highest incarceration rate on the planet. Do you think someone's profit motive might be standing in the way of decriminalization of weed? Click here to find out which groups lobby hardest against it. If you've hired many ex-cons, you won't be surprised. Much credit for bringing this issue to light goes to Virginia Senator Jim Webb.


Side note, slightly off-topic: Here's a bizarre video based on Pat Benatar's song "Hell Is For Children", apparently put together by someone close to the Ciavarella situation. I think that's a picture of the Luzerne County Courthouse alternating with pictures of The Vatican???? The video ends with a painting of Jesus sitting in the clouds looking depressed over the whole situation. But if Christian fundamentalists are to be believed, he shouldn't. He's the one who invented the literal Hell For Children.

Posted by The Whited Sepulchre at 4:58 AM

Do you think someone's profit motive might be standing in the way of decriminalization of weed?It's not like we've ever seen profit motive or greed override common sense or morality and bring down a world economy so why should we doubt the motives of the police unions. I really like the way they are hitting the similarities between the war on drugs and prohibition. I think we should declare a war on wars!

Couldn't be all the dope, money, cars, etc.... that they confiscate or kick backs like the judge was taking. I have a cousin who is married to a police officer's son and he always said "The cop's always have the best weed."

One deserves praise for blogging this story. I only hope there is more investigation into Luzerne County vacations for juveniles and the aged. Conahan was the Orphans' Court judge and I would be willing to bet there's a new history of corruption yet to be unraveled.

The story was sad... the video started off sad, then depressing - with intermittant boring section with a slide that said "Luzerne Corruption" - usually during Nick Geraldo's RAWKIN' guitar solos...

Then when it got to St. Peters/Courthouse/St. Peters during the Hell is for Hell... then to the judge for "Hell is for children!". Got me laughing.

It is sad though!

I think the main problem here that everyone is missing is that the children in this case were not sentenced to jail. Upon sentencing they were automatically diagnosed with a mental problem and sent to a rehab facility based on the 12 Steps and the Hazelden Program Standards. They had no choice. They were treated like people that had a mental disease because of a corrupt judge. This can be a self fulfilling prophesy that can cause mental illness down the line.