, I'm writing this from the Wake Up America / Tea Party rally.  To see pics from the concourse, go to the bottom of this and hit "Previous Post".
I heard Barack Obama in Dallas during the 2008 campaign, when he was at the peak of his popularity.  That was nothing like this.  There are some hacked off people in this country.
But if we're not careful, we're going to Demoblicans with Republicrats.  We'll see.

The first speaker I got to hear was Dr. Suzanna Hupp, whose parents were killed by a deranged gunman at a Luby's cafeteria in Killeen TX.  According to Dr. Hupp, the only missing element in the scenario was a good guy with a gun.
She had left her pistol in her car.  Had she been able to bring it into the restuarant, her parents would probably be alive today.
An armed society is a polite society. 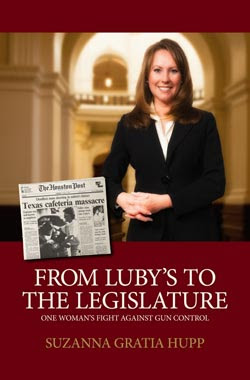 She went through a litany of every mass shooting we've had in America.  Every one of them was in a "Gun Free Zone".  INCLUDING THE ONE ON AN ARMY BASE.
You could feel the withering contempt in Dr. Hupp's voice, as she patiently explained how gun control laws are some of the most racist ones on the books.
The best summary I've found of her experience and her current goals is on.....Ted Nugent's website.  You've gotta love Uncle Ted.

The next speaker is Brigitte Gabriel.  She doesn't like Islam very much.  Go here to have a look at her website.
I'm getting ready to hear something about the Ground Zero Mosque....but it hasn't happened yet.
She's concerned about terrorist organizations working across the Mexican border.  (Any mention of the Mexican border is going to be a hit , I think.) 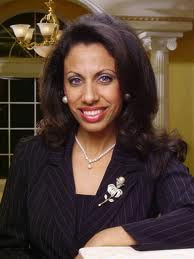 Maybe a Youtube of Ms. Gabriel's speech will be posted sometime.  Giving a summary of her talk is like trying to transcribe a Lebanese auctioneer.
She just threw down some stuff about making America "Energy Independent", which is a bullshit goal.  As long as the Middle East is "Dollar Dependent", we're in good shape.
Now she's reading Muslim prayers that they're teaching and making students memorize someplace in the public school system.  I don't believe a word of it.
I don't think they teach anything in the public school system.
Gabriel just asked all the veterans to stand and be applauded.  The crowd has gone nuts.  She's asked them to remain standing while she rants.  They remain standing.  They're still standing.  The Korea vets are getting tired and they're sitting down, mid-rant.  Another old guy with Viet Nam patches on his jacket just took a seat.  The Gulf War vets are shuffling impatiently, but they're holding strong.  Ah....you can all be seated now.

Kathie Glass is the next speaker.  She's our Libertarian candidate for Texas governor, and I can't wait to hear what she's going to say about Texas Republican governor Rick Perry in front of this crowd.  This will be a juggling act. 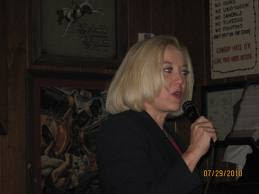 Kathie starts off by mentioning Texas and Ronald Reagan in the same sentence.

She goes through what she calls The Texas Bullwark Plan....
1) Secure the border using the Texas State Guard.
Kathie outlines the plan, and the Constitutional rationale behind it, and gets some applause !
2) Restore Texas sovereignty
Push back against Obamacare, and make use of nullification !
Somebody just rushed the stage, and the cops lead them out.  Probably a lobbyist.
3) Put our fiscal house in order.
Eliminate various taxes.  Make use of the line item veto.
4) Strengthen our private property rights.
She doesn't rip Perry on Eminent Domain and the Trans Texas Corridor.

Next up - Debra Medina.  Gonna catch a bathroom break.
No I'm not.  Medina just said "We need a Free Texas with two things: Private Property and Guns".

Will post more later.
Posted by The Whited Sepulchre at 3:35 PM

Thanks for doing this. Anxously awaiting your take on Debra Medina speech.

I was helping with the Libertarian booth through most of that one. Will post video when it shows up!