The Libertarian Party Of Texas And Toll Roads

From my new friend Robert Butler, the Executive Director of the Texas Libertarian Party: 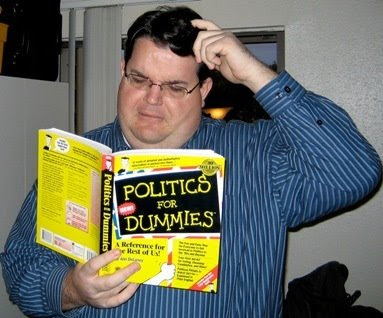 AUSTIN, TEXAS - July 2, 2009 - The Texas Legislature left a controversial new toll road bill pending in committee today and Libertarians are claiming a major victory in stopping a billion dollar scheme to use taxes and pension funds to pay for private monopolies and foreign management of Texas toll roads.
I don't have a problem with foreign management of anything. The best factories in China sometimes have Taiwanese management. I recently had to go to the Tarrant County Department Of Motor Vehicles, and that place could've been better managed with 1970's Soviet-influenced Bulgarian Bureaucrats. Sheesh. Someone remind me to do a post about the DOMV Chair Nazi.
But if outsiders can do the job for less, bring 'em on. Unless, of course, there's a monopoly.
Oh, wait....there's a monopoly.

Libertarians worked together with TURF, Texans Uniting for Reform and Freedom, and Texans for Accountable Government (TAG), to stop what some have dubbed the largest tax increase in Texas history.
Robert is new to us, and is still learning our ways and our habits. The largest tax increase in Texas history hasn't been formally legislated. It's coming in the form of printing money to pay government expenses, and will show up in your neighborhood soon. But I'm quibbling here.
I like those TURF and TAG acronyms. Someone should start a group called "Never Open -Super Highways In Texas".

On Wednesday morning, Libertarians from across the state converged at the Texas Capitol, emailed, and called their state representatives to demand that public-private partnerships funded with Texas tax dollars and pension funds be stopped.
According to many Fundamentalist, Foot-Washing, Snake-Handling, Speaking-In-Tongues Libertarians, toll roads are a fundamentally good thing. It's when Austin takes your money and gives it to Company X for the development of toll roads that toll roads become a problem. If they are such a good idea, let Company X use their own money.

"We used our extensive email lists, Twitter, and Facebook accounts to activate thousands of freedom-loving Texans," said LPT Executive Director Robert Butler. "Our people called, emailed, and personally visited every member of the House and Senate. Our press conference and grassroots effort had a major impact in potentially killing this bill. We have to continue our public awareness campaign until the special session officially ends."

"Credit goes to the work of our staff and volunteers for discovering the ugly details behind this legislation," said Libertarian State Chair Patrick Dixon. "For an organization with just over $100k in revenue, we certainly do have an impact on policy."
A word about Patrick Dixon: Patrick is probably the most efficient human in the state of Texas. Watching him run a meeting is a delight (for the first three hours, anyway). I'd like to see Patrick and Kathy Madeja do a Parliamentary Procedure steel cage deathmatch smackdown.
And speaking of organizations with just over $100K in revenue....if you're worried about the way Owebama is spending money, but can't quite find a way to get behind the Republicans? Send us some money. We need it. There aren't a lot of us, but we make a lot of noise.

"Toll roads cost up to twice as much to build as non-tolled expressways," said LPT Executive Director Robert Butler. "The toll roads aren't a free market privatization plan. You're granting monopoly rights to private operators. The bonds backing these toll roads have clauses that prevent competition and are guaranteed with tax dollars."
To hell with anything that prevents competition, and that's an official position statement.

In 2005, the State of Texas entered a 50-year agreement with a Spanish company named Cintra to develop the Trans-Texas Corridor, a 4,000-mile network up to 1,200 feet wide to carry parallel links of tollways, rails, and utility lines. Cintra's parent company, Grupo Ferrovial, S.A, was a major collaborator with Spanish dictator Francisco Franco and depends upon its political connections to secure toll road contracts around the world.
Does the state of Texas already own this land? Nope. Texas would have had to take it via Eminent Domain. Not good. Property rights are something that distinguish the U.S. from governments like, well, Francisco Franco's.

In 2007, by a combined vote of 169-5, the Texas Legislature passed a moratorium on private toll contracts, called comprehensive development agreements (or CDAs) that privatize and sell Texas highways to the highest bidder. That moratorium ends August 31, 2009, and CDAs, except for approximately a dozen projects that were exempted, sunset with it. CDAs are the primary financial vehicle used to construct the Trans Texas Corridor.
Will Texas taxpayers get a check in the mail if a highway is ever sold? Will we get to set a "minimum bid"?

"I want to cut taxes and spending," declared Libertarian activist Wes Benedict. "They have refused to approve low-cost road improvements claiming they don't have the funds, then propose rail and toll roads which cost up to ten times more than buses and non-tolled roads per passenger mile of added capacity. Light rail and toll roads cost too much and do too little."
"We Libertarians and our friends at TURF and TAG have shown that an educated voter can change the course of legislation." noted Butler. "This bill will be a litmus test in the 2010 elections, we'll make sure of that.
And let's hope the people at TURF and TAG don't forget their allies at "Never Open Super Highways In Texas".

While I basically agree with your post regarding toll roads and monopolies, it brings to mind a question I've often wondered regarding property rights.

How many times does stolen (taken by force) property have to change hands before you and your Libertarian brethren no longer consider it stolen? Because at one point in time all this so-called private property belonged to a group of indigenous people who didn't have a lot of say in how they were relocated from the land they'd been living on for quite some time.

Very interesting. I have a belief that when you steal something and it's handed down from generation to generation, that the ancestral claimant of original ownership is reduced fractionally with each generation. Kind of like the concept of per stirpes (sp?) inheritance.

Now, one problem lies in the fact that many of the Native American tribes, as espoused in communist philosophy, believed that nobody owned the land or could ever own the land. So, is there an ethical or moral reason to give reparations to people not ever claiming original ownership?

With that said, I know that our Texas Forefathers were not particularly tolerant... And with that said, some Native Americans were somewhat aggressive in defending 'their' non-owned territory.

In Texas, where there was some aggression, now that I think about it, it seems more like a spoils of war type thing. It's confusing, which means it's a good question!

TLG - That's a convenient philosophy. So let's say Jerry Jones eminent domains your house in Arlington -- your grandchildren have no bitch?

Communal ownership doesn't mean *nobody* owns the land - it means *everybody* owns it.

Mind you I'm living on stolen property as well, so I'm not going to run this out to its absurd limit. My point is that absolute property rights are an illusion.

Look back far enough and we are all partners to crime.

Dr Ralph, are you trying to claim libertarianism is invalid because much of the land we use was once indian territory? Sorry, but it doesn't invalidate today's current property rights.

If Indian descendents come forward and demand their property back, or reparations, that's another story. But until they do and something changes, we have to deal with today's issues.

Otherwise one could claim we're really still subjects of the king of england.

I'm saying the notion that there exists some set of god-given private property rights that trump all else is nonsense.

If that somehow invalidates a core Libertarian belief, well...