My friend John Jay Myers is running for U.S. Senate.  There's a debate tonight at 7:00 p.m., and it's the kickoff event for our Texas State Libertarian Party Convention.  (DFW Marriott South, 4151 Centreport Blvd, Fort Worth TX)

So you are feeling a little let down? You probably voted for Democrats because you were tired of the endless wars, Gitmo, torture, the Patriot Act and the bad name the Republicans were giving the United States. We are disappointed too. 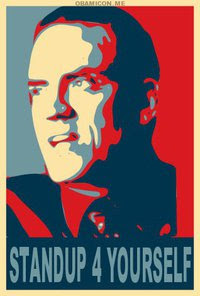 But come to find out the Democrats have now escalated our current wars, and started new ones. They didn’t close Gitmo and have just approved the Patriot Act yet again.

You may have voted Democrat because you believe that corporations control our country. Well you are right, but they also control the Democrats. Unfortunately the only way to keep from having the government give out larger and larger favors to their corporate sponsors is to limit size and scope of what government can do. Libertarians believe the government should not be giving out favors to corporations. Do you want to see the lobbyists flee Washington? Limit government.

It could be you voted for Democrats because you believe that health care should be a right to all Americans. Libertarians believe health care should be much more affordable, and thus available to a much higher percentage of people. But the Democrats didn’t vote to give everyone free health care, they voted to force everyone to buy a product from their corporate sponsors. Great, the new boss is the same as the old boss.

You may have voted Democrat because you believe that some people don’t get a fair shake in life. Libertarians believe that everyone should get exactly that, a fair shake. Ayn Rand said, “The smallest minority on earth is the individual. Those who deny individual rights cannot claim to be defenders of minorities.” When we try to game the system for anyone we end up adversely effecting others, usually of the same group.

I have a saying that “Democrats are simply one economics lesson away from being Libertarians.” That one economics lesson can be found in the book “Economics in One Lesson” by Henry Hazlitt, in that book Hazlitt talks about the hidden costs of government intervention into the markets, and spells out why there is no such thing as a free lunch.

Libertarians are among the most charitable people on the planet. They just understand that if government can’t balance a budget, why would you want government in charge of your charity? 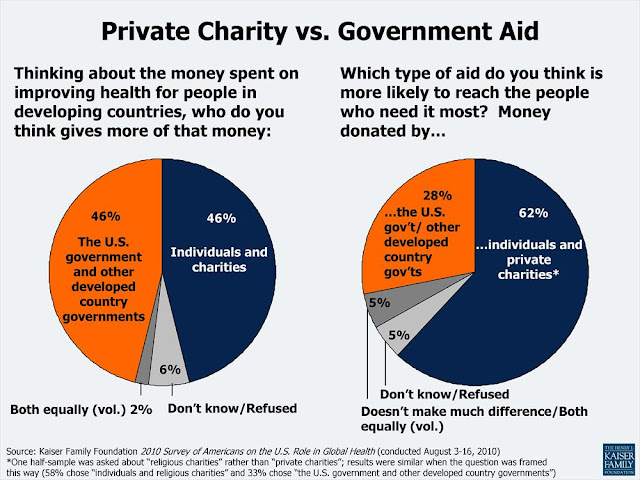 Especially the Federal government. Let’s take education for example. We know that competition creates better products. So why do we have the Department of Education, an agency 1000′s of miles away from Texas telling us how to run our schools? Why would we take our money, send it to Washington, and then ask them, “Please send us some money?” We are right here. We can spend our own money on our own schools. If we heard Missouri had a program that worked we might be quick to adopt it, but if we hear California is going bankrupt we might be quick to avoid it. The Federal government is destroying education, and competition. Libertarians think that is unfair.

The Libertarian Party is a great blend of sound economics and the idea that you should be free to make your own decisions about your life. You should give us a try. We think you will like us. Lord knows we are light years ahead of the Republicans.

Posted by The Whited Sepulchre at 1:11 PM

I agree with everything you say, with one exception: for most of the democrats I know, it will take more than one economic lesson to get through to them. Think of converting a Catholic to a Buddhist...

Serious question: what is that animal being used for the LP symbol? A porcupine? What's the history/background/thought process in selecting a porcupine (or whatever)?

From libertarianporcupine.org: The libertarian porcupine was created by Kevin Breen in March, 2006. It was meant to help establish libertarianism as a viable political ideal in a way that the Libertarian Party's mascot, the Statue of Liberty, can not because it is used by non-libertarians as a patriotic icon. The porcupine was chosen because the porcupine is a defensive animal. It does not shoot its quils (contrary to myth), so it does not harm anyone who respects its boundaries, analogous to the non-aggression principle.

Stephen and Whited - thanks for the info.

Interesting choice...all sorts of possibilities for jokes about pricks :-)