By this standard, I've spent 3 million dollars at Amazon.com

I like to go to Amazon, EBay, and other sites and fill my shopping cart with things that would be great to own.
I rarely pull the trigger on a purchase.
I have a somewhat addictive personality and if I ever start bringing stuff into the house from the intertubes I'll go broke.  Quickly.

It looks like Obamacare shoppers do the same thing.  They make it through the website hurdles and find a policy that, if purchased, will keep them from being fined by the IRS.  They put it in their online shopping cart.


Obamacare administrators are counting people who've browsed the website and placed a plan in their virtual shopping cart -- but who never finished the process by checking out -- as "enrolled." That's a bogus metric.

So what percentage of people have actually paid money to a real live Obama partner in this scam insurance company?


“There is also a lot of worrying going on over people making payments,” industry consultant Robert Laszewski wrote in an email. “One client reports only 15% have paid so far. It is still too early to know for sure what this means but we should expect some enrollment slippage come the payment due date.” Another consultant Kip Piper, agreed. “So far I’m hearing from health plans that around 5% and 10% of consumers who have made it through the data transfer gauntlet have paid first month’s premium and therefore truly enrolled,” he wrote me. “It naturally varies by insurer and will hopefully increase as we get close to end of December and documents flow in the mail,” added Piper, a former official at the Centers for Medicare and Medicaid Services. “But overall I’m hearing it’s a small portion so far. And that, of course, is a fraction of an already comparatively small number of people who have made it through setting up an account, getting verified, subsidy eligibility determined, plan selected, complete and correct data transferred to the insurer, and insurer set out the confirmation with invoice for consumer’s share of the first month’s premium.”

Let's assume that getting an account set up and throwing a plan into your online shopping cart has been easy.  (It hasn't.)
Let's assume that effectively transferring your choice and your money (safely) to the corporate cronies insurance companies will be the hard part.  (It is.)

But this thing is so screwed up, it's going to take decades, and squadrons of lawyers, and billions of dollars to sort it out.

This man could f*** up a two-car funeral.  (If you are in Britain, please translate that to mean "this man couldn't organize a piss-up in a brewery".) 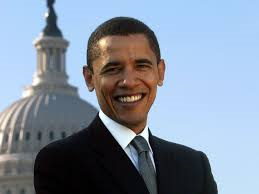 Email ThisBlogThis!Share to TwitterShare to FacebookShare to Pinterest
Labels: bad to worse, barack obama, fail, failure to perform miracles, obamacare, why I love the internet